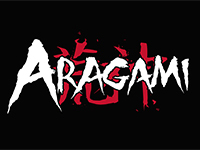 We sit down and review Aragami. A new stealth ninja game that has a slaying from the shadows again Here's our review of Aragami

It's always fun when games sneak out on us and it is even more fun when games like Aragami do just that as that is part of the gameplay. The stealth part and not the sneaking out without notice. None the less Lince Works has brought us this new stealth ninja game and we've had the chance to give it a nice little play through. Aragami brings us some great classic gameplay from titles like it as well as a new little story to have fun with. We've played it and now here is our review of how the game holds up.

Things have not been going well for a nice little clan of people as some new warriors of light have moved in to cause some hell. One of the victims has turned to some "dark" magic and summoned up you, the Aragami, to help her people and do some killing of these warriors of light in the process. You really don't have a choice here so you do as you are summoned to do. Will it be for good or will it all be for nothing at all. You'll have to play to see…

One of the mechanics in Aragami is the ability to teleport from shadow to shadow. It can make or break any mission in the game and in the wide-open areas it seems to work flawless. Once you get into tighter quarters or in areas with more light it really becomes a pixel hunt for the shady parts. That is part of the challenge in some instances but there are others where timing is a factor and you have to truly pixel hunt to not fall to your doom. It was just an issue in those areas more than anything but it still didn't seem to balance out with the rest of the game where timing wasn't truly needed.

Another weird thing that Lince Works could have spent some time on would have been the visual cones that the enemy AI has to spot you. It seemed so random at times and even some of the on-screen tips didn't link up. When you are in complete shadow and still we are led to believe that we are invisible. This randomly seems to be the case as I was spotted a few times in areas that should have been impossible to see the Aragami in. On the converse this happened as well. I was in full light at a few times and in the sense cone of an enemy and they walked right by without taking notice. Granted, the latter there could be seen as a bonus in the game but it did happen so random that it felt more of a glitch than a "game of the system."

It has been a while since we had a great stealth action game that put us in the role of a ninja. At least to my knowledge as of late. Aragami does just that and gives us some fun levels to play in and strategies we need to set up to make it through each mission and chapter of the story. It became much more than just a murder everyone in the level to sneak on through kind of game; even though there was a challenge in each mission to do just that. Everything just seemed so well planned out that even if you thought you found a new path around something you could see it was there for a reason.

While I did gripe on it up above, I do have to put in that as Aragami progresses and you unlock more and more abilities there are a plethora of other ways to work around that "pixel hunt" I spoke of. A lot of them add in some great little bits of gameplay that add to the overall enjoyment of Aragami as they should. All of that aside though, the better point is that even with those issues getting fixed in gameplay, the base mechanics outside of the special abilities are so solid and tight that one could play most of the game using just those. It does add an extra challenge to it all when you can skip the powers and that is something a lot of other games out there can't say they have.

One of my favorite old games was Tenchu and Aragami would be what I would want out of a reboot to the franchise if they were connected in any way. They are not but I wouldn't be shocked if they were at all. In fact, Aragami would have given us all of the bonuses that we may have wanted before but never had and thus makes it a better game just for that. I think you should know that when I say that I fully think you should give Aragami a purchase. It has a lot of replay value like Tenchu and a lot of amazing things mixed in. Yes, it does have its issues but what game out there doesn't have something that could have been done better? None the less, I fully recommend you picking up Aragami and playing on through a few times. You shouldn't be let down.

Aragami was developed by Lince Works and published by Maximum Games for the PS4, Mac, Linux, and Windows PC on October 4th, 2016. A digital PS4 copy of the game was provided by the publisher for reviewing purposes.