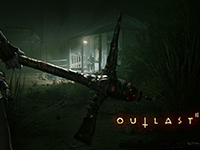 While Outlast 2 may still be a few months out, you can give the Outlast 2 demo a play just in time for Halloween To Hit

If you were like me then I know you were hoping that Outlast 2 would have made a miraculous showing during the month of fear. I know that Red Barrels had their reasons to push the game off until Q1 of 2017 but that doesn't change the fact that we all wanted something scary for our PS4, Xbox One, or PC during this month. Which is why I am here with some good news as it looks like we all have a way to play Outlast 2 during October here even though it may not be how you were hoping it would be. Beggars can't be choosers so we'll have to take what we can here. We do need something truly terrifying to get us all back on track.

While it may not be the full version of Outlast 2 it does look like we are going to get a chance to experience a demo across all of the platforms the final version will be launching on. If you've been lucky enough to experience the demo at any of the recent conventions then you may be in for a bit of a letdown as it is the same demo that's been shown since E3 this year. At least let down if you were hoping to experience something completely new for Outlast 2 and not a demo you've already played. Although if it is anything like the first Outlast it is still going to shock and awe during multiple plays so it is still something to look at again.

Now that you've been warmed up with the announcement of the Outlast 2, which can be downloaded and experienced right now, it is time to let you know the one caveat coming with it. You will only be able to download and experience what Red Barrels has to show for the game so far until November 1st. Although it seems vague on if it just won't be available for download after the date or if it will close down when running after the date, you have until the end of October to give the demo a try. So finish up reading all of this and head right to download it on your platform of choice. Then turn the lights down low, wrap yourself up in a Snuggie, and get ready to have your heart pound out of your chest. All in the spirit of fear. After terrifying players at PAX East, E3, and Gamescom, the Outlast 2 demo is available today for free on Steam, Xbox One, and PlayStation 4.

The demo will be available until Tuesday, November 1st only, so download it while you can and make your Halloween a bloody one with Outlast 2.

The Outlast 2 demo provides a sneak peek at what Red Barrels have been working on for the last few years. More features and environments will be unveiled in the coming months, but in the meantime, be sure to check out the Outlast comic book series, The Murkoff Account. With two issues out of five released to date, The Murkoff Account bridges the gap between the original Outlast and Outlast 2.

Are you glad that you'll get to experience some of Outlast 2 during October? Have you already played the demo and looking forward to giving it another go or are you going to ignore it all? When do you think that we'll actually see the full version of the game given that the date is still so very vague? Let us know what you are thinking and discuss in the comments below. For more on Outlast 2 keep your eyes stuck right here as we'll keep bringing you all the big and small news for the game as it comes out. Hopefully this demo speeds all of that up just a bit.