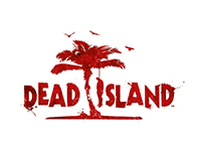 It's been almost five years since Dead Island first came out on the PS3, Xbox 360, and PC. In my opinion this is what started Techland off on the road to making some amazing zombie games and now it has been remastered and bundled together by Deep Silver for the PS4, and Xbox One. All of the usual remastered items being added into the mix here for Dead Island to keep us all playing it further and possibly stepping away from the other titles we have out there currently. Thankfully we had the chance to give this remaster a whirl and here is our review of the Dead Island remaster.

You play one of five people who were out on an island for a good time. There was drinking, dancing, and then out of nowhere zombies. Now you and your small crew need to survive, help others survive, figure out what the hell happened, and then get off the island. Why you? Because you happen to be immune to the virus that caused the dead to rise. If only you were immune to the bites and attacks they employ then you would be good to go for the long haul. Sadly, not the case but you still need to do everything on the island…

When it comes to remasters one of the big things always touted now is the upgraded textures and frame rates. I played the original on a PS3 that was on its last legs and was having graphical issues. One would think that this version of Dead Island would look much better now but sadly it does not. Graphics don't always make the game but when it is a selling point on why gamers should give the game a try or another try then there needs to be something. I couldn't see it. It didn't ruin the experience but it should be touted as a game seller for the fans already.

It also looks like a lot of the original bugs that I came across in Dead Island before were still present and causing the same issues. This would be some of the movement in the game and the registering of successful hits on the enemies. Jumping is still a bit of a pain here and I don't know how many times I swung my weapon to have it degrade a bit but no damage being dealt to the zombies at all. This was more frustrating than a solid set back as they were still a bit sparse, but when you are remastering a title these are the things that you'd expect to be weeded out of the system.

When I first played Dead Island I fell in love with the concept and the gameplay that Techland has seemed to perfect over the last few years. There is no doubt that those memories came flooding right back in as the gameplay was still pretty solid back then as well as the resource management. More so with Dead Island as I still have yet to see or find the exploits that have popped up in Dying Light that makes all of that a moot point. Things were done very well here and they still persist which is a great thing. I don't know why developers try to fix what isn't broken.

It was also a great experience to be able to replay the story and side stories of Dead Island that I had mostly let fall into the back of my head as others have filled in. There are some very touching and intricate stories to be told here as the very first trailer ever for the game put out there. It was insanely awesome to have all of them brought back into the forefront of the brain as they were so well written and planned that they still hold up. I would have loved some new things added in or some tweaks but again, why fix what wasn't broken and update? I guess no reason at all as it comes here.

In the end you need to only worry about one question for yourself on if you should pick up Dead Island's remaster or the Definitive Edition that bundles everything in one place. That would be "Have you played Dead Island?" If the answer is yes and you were not an insane fan that has to own every version of the game, then you should hold off on picking it up. The upgrades were not as great to justify a second purchase. If your answer was "no" then I fully recommend picking up Dead Island Remastered as it still holds up after so much time. I just hope it means that we will be seeing Dead Island 2 sometime soon.

I give Dead Island Remaster 3784 Zombies on the Zombie scale.

Dead Island Remaster was originally developed by Techland and published by Deep Silver for the PS4, Xbox One, and Windows on May 31st, 2016. A PS4 copy of the game was provided by the publisher for reviewing purposes.