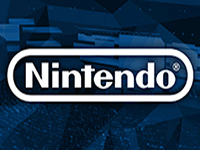 Can't Be At E3 2016 Or The Nintendo Press Conference? We Have You Covered With The Live Stream Straight From E3 2016

Not everything is going to be on the show floor of E3 2016 and because of that we have these huge press conferences and here we go with Nintendo's huge event just before the doors open for us all. Just as the games and announcements they have for E3 2016 not all of us will be able to be there on the show floor to see them as well. Thankfully we live in the age of live streaming and we can watch the press conference through multiple online avenues. Wouldn't you know that we have one right here for you so you are not left out in the lurch on all of the major announcements they have to give us.

Here we go with the final “press conference” out here at E30 2016 with Nintendo. While this isn’t really a normal conference as we are used to I am sure that Nintendo will have a slew of great things to show us. We already know that Pokemon and The Legend Of Zelda will be among the usual suspects that we are going to get to see here. Most likely another Super Mario title of some sorts and another way for the company to stay relevant to all of us gamers here at E3 2016. Generally nothing show stopping but maybe we will get some great surprises as the company does do their best to try and that is what this is all about. Fingers are crossed here.

Let's sit back now and have a watch for what Nintendo has to bring us. As with all of these larger press events, keep an eye here for more on what Nintendo has to show off at E3 2016 here as we will be hitting up everything that we can while on the floor at E3. Let us know if there is anything specific you want us asked and looked at from Microsoft down in the comments here.