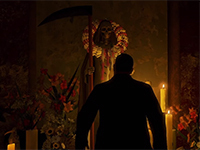 It looks like Ubisoft is getting the fun E3 news rolling a little early and it also looks like Ghost Recon Wildlands is going to be one of the game that will be their main focus. This of course makes a whole lot of sense as it was revealed during their press conference last year and next to nothing has come out since. Now we have a nice little trailer to spy upon for Ghost Recon Wildlands a bit early as well as the listing for all of the collector's editions coming for the game. As if you thought there wouldn't be given who is bringing us the game. That would have been ludicrous.

Here we get a good look at the Ghosts in Ghost Recon Wildlands as they head out into the Bolivian lands to try and save the populace from a corrupt government and vicious drug lords. That seems just like the thing that needs to be "world policed" and the team is out to do. Not only do it but make sure no one knows who did it and let the rest of the world sort things out. That doesn't sound like a winning plan to me but that is what is going on here in the game. We are all just along for the fun ride and we get to kill a bunch of bad guys in the process. Win/win.

In addition to the new trailer here we also have a nice look at what can be pre-order for Ghost Recon Wildlands in terms of all the bells and whistles Ubisoft usually adds on to their games. Not to mention the addition of a Season Pass to the mix to give us even more as we burn through all the content in the three announced bundles at launch. Here's what we all have to look at in terms of options to pick up the game now.

The Deluxe Edition, available at GAME, contains the Standard Edition and the digital Deluxe Pack, which includes: the Huntsman rifle and motorbike, 3 emblems, 3 weapon camos, 3 character customisation items, and an XP booster. The physical version of The Deluxe Edition will also include 2 extra physical items: an in-game map of Bolivia and the original soundtrack of the game.

The Calavera Collector’s Case, exclusive to the Uplay Shop, includes all the equipment needed to operate as a Ghost deep inside the Bolivian wildlands to take down the vicious Santa Blanca cartel. This includes the Gold Edition alongside the Ghost’s Audio Headset replica, a fully functional headset for PlayStation 4, Xbox One, and PC. Last but not least, the Collector’s Case also contains a Santa Blanca Cartel Skull, an in-game map of Bolivia, the original soundtrack of the game, a Bolivian carrying pouch, and 3 postcards of Bolivia.

To go another step further, and of course there is, we also have a pre-order bonus to entice you all even more to pick up Ghost Recon Wildlands early. As of right now it is listed only as a bonus mission called “The Peruvian Connection.” In said mission we will embark on a perilous journey through the high mountains of Bolivia to break the alliance between the Santa Blanca and the Peruvian Cartels. I'm sure there is more to it but that is what we have as of right now.

Are you excited to see more on Ghost Recon Wildlands here and hopefully in the next few weeks? What do you think about the collector's editions of the game we have here? Do you think and extra bonus mission is going to be enough to entice people to shell out their cash early for Ghost Recon Wildlands? Let us know what you are thinking and discuss in the comments below. As with all games here be sure to keep your self locked into the site because as we get more news and details we will bring them to you here. You won't want to be left out in the lurch on any of it.