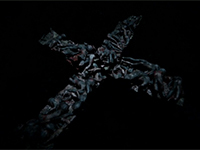 During PAX East a whole lot more on Outlast 2 was revealed, only to those who were overly active viewers, & now we all get to see what Outlast 2 holds

During PAX East we had a good chunk of gameplay show up for Outlast 2 and we all rejoiced. It looked dark, terrifying, and showed how much care that Red Barrels had put into its development so far. As we all did though we tried to figure a few things out based on the gameplay for Outlast 2 but for those on the show floor or avid viewers of the Twitch streams there was a bit more in the mix. Now we have the archived footage of the event up and ready to view and it gives us all quite a bit more detail into the game than before.

You can view the whole archived interview with a few of the Outlast 2 developers below but in the interest of time we will give you the more pertinent facts. Although there is a little bit of new gameplay outside of what we've already seen so there is a point to give it a full watch if you have the time.

As it seems, in Outlast 2 we will be playing one half of an investigative journalist team who happens to be digging into a story that didn't add up just right in Arizona. It looks like there was a pregnant Jane Doe who popped up and strangled herself to death and things were kind of just waved off. Well this husband and wife team has chartered a helicopter out to the location to see what exactly happened and of course things went wrong. This leaves us playing the husband trying to dig further and find his missing wife in all of the horror here.

Story aside, it looks like Red Barrels has overhauled the entire AI system for Outlast 2 and made them all "smarter." Personally I can't see it in the gameplay we have seen so far as none of the AI checks barrels or even spots you in their peripheral vision but maybe it will be a bit clearer once we have the game spun up. Then again all of the "bad people" are backwoods hicks who believe the end times are here and hence all of their madness. Maybe that mentality has placed "blinders" on them both physically and mentally in this instance.

Lastly, it looks like there is going to be a comic book coming out to try and bridge the story from Outlast to the new title. Even though the characters are not the same we are in the same universe so there could be some great overlap. I have a feeling it is going to based all on the end section of the first game bleeding over to Outlast 2 more than anything but maybe all of these characters just work for the same news organization and that is how they all were placed on the paths the ended on.

Is all of this information for Outlast 2 new to you or did you catch it live the first time around? Do you wonder about the AI system just as I do or are you just going to wait until the final title to judge? How do you think the comic will bridge the two games together in this universe? Let us know and discuss away in the comments below. For all things Outlast 2 and all of the horror it brings be sure to stay right here for more as we will keep digging to bring everything to you.