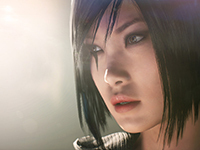 Just when we were all going to get excited that Mirror’s Edge Catalyst was almost here it looks like we are going to have to wait a bit longer. Not too much longer but it looks like DICE needs a few more weeks to perfect things in the game and now we will be seeing it on the PS4, Xbox One, and PC on June 7th now. The reasons of course being linked to Mirror’s Edge Catalyst's Social Play features and the fact that they are nowhere near what they were hoping for. At least that is how I read this update.

To support the Social Play features, we are using a brand new online technology. We also want to make sure we have the opportunity and time to address player feedback from the Closed Beta. That is why we will give ourselves a bit more time to perfect the game, with a new release date for Mirror’s Edge Catalyst of June 7th (NA) and June 9th (EU). We’re confident that these extra two weeks will make sure the game is as amazing as possible for you the players.

In all honesty I saw this delay coming is some way or another. I'm almost certain the team did as well seeing as the first test for the Social Play features in Mirror’s Edge Catalyst is still slated to start this weekend in a closed form and they would need more than a month to iron out the issues we all come into while playing. That is if there weren't any true glaring ones and seeing how the whole title was delayed and not just the Social Play it looks to me like that factors more into Mirror’s Edge Catalyst than we all thought.

I do hope that this does mean that we will be seeing something truly amazing in Mirror’s Edge Catalyst based on the Social Play as it is the thing causing the delay and there is now more time to make sure it fits to our standards. Maybe this will mean more Social Play beta time in a closed and open format for us all. Maybe it won't but none the less Mirror’s Edge Catalyst has been delayed once again and we will all just have to deal with that as we will.

Are you shocked by the delay of Mirror’s Edge Catalyst here or did you see it coming again? Are you questioning why the whole title was delayed and not just the multiplayer aspect? Do you think that Social Play is going to have a larger role in the final game or just linked into the core mechanics too much that they couldn't just delay that? Let us know and discuss it all in the comments below. For more on Mirror’s Edge Catalyst be sure to stay right here as we will bring you all of the updates as we can.