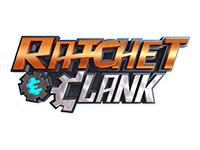 We sit down and review Ratchet & Clank. It's a re-imagining of the original title that captured our hearts for a new generation. Here's our review of Ratchet & Clank

It's been three years in the making and now we finally have a Ratchet & Clank title for the PS4 native. The latest addition to the franchise that Insomniac Games started fourteen years ago has taken yet another attempt and capturing our hearts and attentions with another platforming-shooter. All in time to try and sync up with the announced Ratchet & Clank film that is only a few weeks out from the time of this writing to try and rebuild a new look at the franchise for all of those gamers out there who may have missed out the first few times before and want to see what the fuss is all about. Here's our review of Ratchet & Clank…the 2016 version…

Ratchet wants nothing more than to join the Galactic Rangers. Clank is a defective robot that's true design was for world domination by the villainous Blarg. While trying to achieve his dreams and not be destroyed, respectfully, the two cross paths and are set on a path to save the galaxy from said villainous plans. Of course along the way there are "curve-balls" thrown in as the duo reaches for their goals but as the story isn't told by the victors here could these be the true events of how they helped save everything out there that they love?

Every game out there is filled with faults of some kind and Ratchet & Clank is no exception; thankfully the faults are very few. In fact the largest one I could find that made any sense to gripe on would have to be with the shooting aspect of the game. Primarily the controls for it all. Something that one would expect to be rock solid given that shooter is in the genre type for the game. Sadly though this was the loosest part; at least if you chose to turn of aim assist which I know most of us do.

I found that it was next to impossible on any difficulty mode to use most of the weapons in Ratchet & Clank without the assist. In many instances I would have the reticle placed perfectly on the target and then pull the trigger but my shot would go wild because the game had not registered that it needed to be "red" yet. Only a few of the weapons had any kind of lock-on without the aim assist so it seems quite strange that one would have to hold the reticle in place for a rapid fire gun like the blaster to even hit. It never made Ratchet & Clank unplayable but it did make things very frustrating when trying to play without the game's assistance.

I am a huge fan of story in my video games and making sure it fits what the game is about. Ratchet & Clank could not have hit that on the head any better in my opinion. Not just in the story but in the characters and the way the world is presented. Everything ebbed and flowed together so well, even during some of the intense battle sequences. I don't think there was a single point during any of my play time where I felt disengaged, bored, or looking to just move things along. If this is based on the film then I can see Ratchet & Clank becoming a greatly loved film just for the story and characters alone.

While there was a bit of difficulty with the shooting side of the game I do have to say that the platforming side definitely made up for it all. It wasn't too intense but it wasn't too easy. It was just a perfect balance where you could fall, slip, or get hit by something and know it was your fault and not that of the game. Since that was the case, failure never became rage and wanting to quite playing Ratchet & Clank at any time; it only made me want to keep pressing on the do better. Not many titles out there as of late have been able to capture this well lately and Insomniac Games has perfectly done it here.

Lastly, and this is almost never seen in a platformer, Ratchet & Clank kind of takes a non-linear approach to the progression of the story and game. Yes there are ques and indicators on where to go but after the tutorials and intros are done you are let to go about missions and objectives as you see fit. In fact sometimes you stumble upon missions that you may not have known were needed before you could move on; I know I did. That only adds to the joy of exploring everything on your own instead of down a path as it gives an extra sense of achievement to find out that you acquired a tool needed for another mission purely on playing as you want to and not just cause the game said so.

If you ever dreamt of playing a Pixar film that was as fun and engaging as the story then Ratchet & Clank is totally worth your time and money. There was so much heart and care put into the game that you can feel it on the other end and it makes you want to keep playing right along. Then keep playing afterwards to see all of the other amazing extras that Insomniac slipped in there. I do suggest that you play it with the aim assist options turned on, for now, as it will make things a lot smoother but the main point here is that you should be playing Ratchet & Clank if you have the means to. Spectacularly done everyone!

Ratchet & Clank was developed by Insomniac Games and published by Sony Interactive Entertainment exclusively for the PS4 on April 12th, 2016. A PS4 copy of the game was provided by the publisher for reviewing purposes.