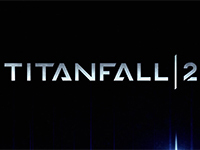 The time has finally come and we have our first real trailer for Titanfall 2. Sadly though it is only a nice little teaser trailer to get us all prepped for Respawn and EA to give us a full reveal for the game just before E3 this year. June 12th according to the following teaser but at least we have something to spy upon and keep our memories going that Titanfall 2 is actually going to be a thing. Not only that but also be a thing for the PS4, Xbox One, and PC in the not too distant future.

I could go on with a few things here but I know what you are here for so here is the new Titanfall 2 teaser trailer to tide us over until June. Enjoy and get hyped as you will.

Like I said, there really wasn't all too much here to show for Titanfall 2 outside of the world wide reveal date and a nice CG trailer but it keeps the game in our memories. I was kind of hoping to see some form of announcement that the original was going to get ported over to the PS4 so all gamers can be up to speed on the game's lore before Titanfall 2 but maybe that will be part of the big reveal in June. Not holding my breath given all the parties needed for that to happen but still…

Are you amped up to have seen something new for Titanfall 2? Is June too far away for you to wait or do you think there will be little bits revealed outside up to then? Do you think we'll see Titanfall get ported to the PS4 to go along with the sequel? Let us know your thoughts and discuss down in the comments. For more on Titanfall 2 and all of the updates that will be coming be sure to stay right here as we will bring them all to you. Hopefully sooner than later.