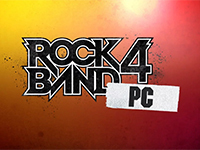 If you had a dream of owning every song on Rock Band 4 at some point then it looks like your dream may become a reality. Well at least if you are looking to get the game on PC through Harmonix's current Fig Campaign to get the ball going on it. That and if you are also willing to shell out the sum of $2500 USD to pick up Rock Band 4 and all of the songs currently available for the game. So there is still a bit of dreaming but it does look like it is a bit in sight for some now.

All of this is based on the most recent update to the Rock Band 4 Fig Campaign where a new tier of pledging has been offered up to help get the whole thing funded. Currently they are still about a million short of their goal and only have eleven days left as of this writing. But if they hit said goal it looks like people can be the proud owners of all the tracks on Rock Band 4 with a few caveats mixed in. Here is where things may get a bit "shady" for those who were truly looking to have it al.

First and foremost this will cover all of the DLC tracks that will be released for Rock Band 4 this year as well. That is the tune of over 2000 songs by the time it releases on the PC. Of course if some of the licenses expire and are not renewed before the launch those tracks will be left out of your bundle. Also any tracks that have fallen off the store currently due to the same reasons will not be included. Of course those on the consoles who purchased them will still have full access but not the PC players.

In the end though if Rock Band 4 is funded for a PC release that is insanely cheaper to get them all than purchasing individually. That does mean there will also most likely be a whole slew of tracks that you may not even want in the mix as well but you can filter those out later. It has also been heard that Harmonix is considering offering up a similar package for those console players as well so they have a chance to have it all. That would seem like a logistics nightmare to me as I know many who play Rock Band 4 already have a good chunk of the songs already and would be getting swindled out of funds if they so choose to purchase this expensive package.

What do you think about the offer to get all of the DLC tracks for Rock Band 4 here? Does it make mathematical sense to you to make said purchase; if you had the large disposable income needed? Do you think that if Rock Band 4 for the PC does successfully get off the ground we will see the same package head to the consoles? Let us know and discuss away in the comments below. For more this and other video games like it be sure to stay right here.