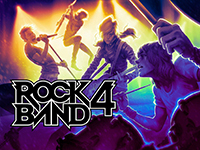 Harmonix, and in turn Rock Band, have entered a new co-publishing agreement that could me new Rock Band 4 features and new hardware to rock with

If you were thinking that all you were going to get for Rock Band 4 as we pressed on was only going to be new tracks and minor updates to the game then you may have been right. It did seem that way as after the last major update it looked like Harmonix was kind of in a tough spot and just trying to stay afloat for all of the fans out there. Hells they are still working on a PC version of the game and don't forget Rock Band VR. It also looks like things are going to look up as it seems that they have another co-publisher now and more on the rise with PDP.

Just announced yesterday it looks like Harmonix is in the market to get more accessories and peripherals out there for Rock Band 4 and have now entered in a partnership with Performance Designed Products. I personally know them best for all of their light up controllers they have out there as well as their fight sticks but now it looks like hardware for Rock Band is on the plate. There is no mention at all if Mad Catz is now out of the picture or not but there is a new partnership. Logic would reason that they are but stranger things and all.

It is fun to note that in the official announcement there is mention of a major feature update coming this Fall for Rock Band 4. Could this mean that we are getting a new instrument or the keyboard is coming back? PDP could be the ones making it and all. It could also mean that they are just scrapping the Rock Band VR project as a separate idea and just giving it away in this feature as all platforms will have the ability to go VR by them. It could also mean that we are just getting new modes and another huge expansion pack. My hope is for the new instrument given the partnership.

“As we look to fully achieve our goal of creating this console generation’s category-defining music gaming platform, we need to partner with a truly world-class manufacturer that can operate at the scale that Rock Band requires. PDP has a well-deserved reputation for innovation, customer satisfaction, and quality. They have the logistical and technical expertise to support Harmonix’s ambitious plans for the future of Rock Band, with new hardware alongside a major Rock Band 4 feature update coming this Fall,“ said Steve Janiak, Harmonix CEO.

“Rock Band is the premier music platform for console players,” said Chris Richards, CEO, PDP. “This will be a great partnership and gaming fans should get ready to experience new, innovative hardware products for Rock Band 4 and Rock Band VR.”

How do you feel about this new partnership and what it could mean for Rock Band 4? Do you think it will mean all new controllers for the game or just one new one so we can bring all of the games and songs into one nice spot? Do you think this was just a way to make sure that Harmonix didn't completely fold and we can expect more for years to come? Let us know and discuss away in the comments below. As we get more on Rock Band or whatever comes of this partnership we will have it here for you. Be sure to keep it locked in here for more on this and many other things.