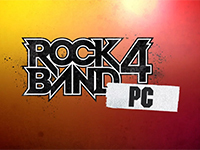 Rock Band 4 hit the PS4 and Xbox One only a few months ago and people questioned why we were not seeing it on the PC as the main competitor was hitting all of the platforms out there. Harmonix quickly rebuffed those claims with the reasons of piracy and not placing the game on a PC platform was the only way to negate that issue. Well it seems that was only a placeholder answer as now we may see Rock Band 4 land on the PC as they are looking for funding to bring it there.

A new Fig campaign has been opened by the developer to raise funds for Rock Band 4 on the PC. This would be the new crowdfunding platform that brings the usual rewards to backers but also gives them a stake in the profits if the game sells well. Kind of a good thing as long as Harmonix reaches their 1.5 million dollars they are requesting so they can pay Sumo Digital to do all the heavy lifting. Of course that is so that they can focus on more Rock Band 4 updates and songs all while getting the PC version out there.

In addition to bringing Rock Band 4 over to PC with all of the hardware support it looks like there are also plans to bring back the Rock Band Network if all goes well. This was the system that Harmonix set up so users could generate their own music for play in Rock Band as well as sell it. It was also the only way that some of the more "underground" bands could get their tunes into the game. Of course this is only being listed for the PC version of Rock Band 4 so don't get your hopes up just yet that the consoles will get the same content.

As of this posting they are at 8% of their full goal on Fig. You still have more than a month to help out if you so choose as well as get in on some of those extra goodies that you can only get right now through the campaign. You just need to head on over to the Rock Band 4 PC Fig page and make a donation or investment. You get to choose of course. Then just sit back and wait…

Are you surprised by the move to bring Rock Band 4 to the PC? Do you think that the crowdfunding campaign will succeed? If so, do you think that the Rock Band Network content will make it to the console versions of the game? Let us know and discuss away in the comments below. As there is more to uncover here for Rock Band 4 we will have it here. Stick around so you can stay completely up to date on all things Rock Band and more.