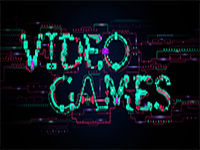 It has been one great year in video games with a lot of great releases. There have also been a few great stinkers over the year but because I am feeling a bit saucy over here I think it is time to give out the list of best video games encountered over the year. In fact the top eleven video games that I experienced and in some cases reviewed. We could have copped out and done a basic top ten list but who wants something half-assed? Not us and not you. Video games can't be half-assed so enjoy the bonus title that would most likely be left off everyone else's top list of video games of 2015.

Without further waiting, here is my top list of video games from 2015. In no particular order outside of release schedule. Just video games that had me hooked for weeks and not just hours. So much time lost and here we go… This is kind of a two for even though it is counted as one listing. Both of these additions to the Saints Row universe gave so much to the genre and gameplay style involved. Be it beating up demons in hell or weird AI bots in a matrix type universe, the sandbox that was provided here had so much to do very few other video games this year could compare. Of course like every video game out there both had their issues but the fun I had in the Saints Row IV world out shined any major issue I could find in gameplay or in visuals. It should be no surprise that Dying Light also hits my personal list of top video games of 2015. I was a sucker when it came to Techland's first zombie FPS style game and this game improves on everything that was right from before. Not only that but the world and gameplay has kept growing over the last year to boot. How many video games out there can truly make the same claim to fame recently? I only wish I had more time in the day to spend on Dying Light so I could truly explore and see everything this game has to offer. I was a bit late to the game when it came to Game Of Thrones in any shape or form. Shortly after I made the dive in Telltale Games gave us the first episode to help expand the whole universe of Game Of Thrones. While the gameplay was a bit on the slow side, each new bit of story expanded the whole universe of the TV show and lore that I never expected and in just the same way those writers did. Game Of Thrones is one of the few episodic titles I have wanted to go back and replay just to see how the story could have gone and not just for the trophies. When Mortal Kombat X was first shown off all I was expecting was another iteration of the same shit. It stayed that way almost up to launch and then it quickly became one of my go to video games for sport and fun with friends. It is a rare game that can get me wanting to play with other gamers out there but Mortal Kombat X did so and on such a frequency that the disc sat in my system for quite some time. It still circles back as my multiplayer game when anyone wants to play video games in my home with me. I loved it and can't wait for the next DLC to drop. Many have hated Arkham Knight due to all of the issues around the launch. That is so very unfortunate given how amazing the story is at wrapping all of the franchise up in a nice bow. I didn't want it to end, and still don't, but I do not fault Rocksteady on the path they chose and how they wanted to implement it. This was the pinnacle of the franchise to me and still am collecting Riddler trophies to get the full experience. If only others could have had the love for Arkham Knight that I found then we could have forced another sequel and not just DLC. Tales from the Borderlands

If I had to be fully honest and place the title of Game Of The Year this would be a front runner. Tales From The Borderlands was the title that got me interested in the parent franchise just based on the story I had here alone. Another title that Telltale nailed perfectly on the head here. Just like Game Of Thrones I find myself wanting to go back and replay the story and not needing to for anything other than the enjoyment. Seriously, if you haven't experienced this story you need to. Do it now! With Until Dawn I wasn't completely sold on the game. I'll be honest that I didn't even give the game a chance until a friend let me borrow their copy. Then before the end of the second chapter of the game I was out purchasing it for myself to make sure that I could make it to the end before they wanted their copy back. It is rare that I do this with a video game I am even remotely "iffy" on but Until Dawn hit almost every point in a horror game/movie that I love and it had an amazing storytelling structure. I wish that the follow up for this game wasn't a rail shooter of sorts but I know I'll be more likely to give it a chance based on my amazing experience that I am still reliving with Until Dawn. Talk about the little video game that could here with Mad Max. It was torn up by "professional" reviewers and mostly left in the middle of the Wasteland the game is built around. It is another sandbox style game but unlike other video games that tried the same thing this year, Mad Max brought in amazing elements from other video games and then blended them into the amazing world that has already been crafted. I'd be lying right now if I said Mad Max wasn't the current gaming in my system and I find myself more and more putting off other projects just to see every nook and cranny that is placed in this game. Totally worth the time. This was a title that was hard to put down after cracking it open. It was meant to be one of the magnum opuses of Hideo Kojima and if this was the last video game he ever made The Phantom Pain would be the high note. I dropped more than 100 hours during the release week and quickly fell in love with every aspect of the game. Everything down to the micro-management to the intense stealth gameplay was so well crafted. I have yet to engage in the online mode of The Phantom Pain but if it is anything like the core game I know time is going to be set aside for that in short notice. Back when Rock Band first came out I was addicted. I own every version of the game all the way up the pipe and was overly glad to see it making a comeback. Just as Mortal Kombat X is, this is one of the video games that is always a staple when wanting a good party/friendly game to play. I still need to do a full upgrade on the hardware but even with the basic backwards compatibility built in Rock Band 4 has kept the love of the franchise and music flowing into the next year and onward. Keep up the good work Harmonix Some would claim this as a final cop out in terms of top video games of the year. But when you look back at all of the other titles listed here FPS titles are not my sole genre. Even though the story of the game felt a bit played out I can't deny that Black Ops 3 had so many different gameplay aspects that also had me pining for more. If only Treyarch would start going back in time when it comes to this franchise, or the other developers for that matter, I think that the Call Of Duty franchise could be reborn based on the gameplay alone. Of course all of this is based on a solo player and mot a multiplayer experience.

Do you agree or disagree with me on any of these video games here? How many did you peg would be on my list here? Would you have rather me gone for the full top thirteen video games kind of list instead? Let me know and feel free to discuss in the comments below. It has been a fun year for video games indeed and now we move on to a whole new year of more. Keep your eyes glued here for more on all of your favorite and not-so-favorite video games as we press on.