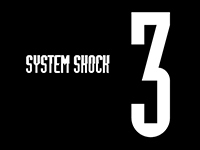 All aboard the rumor train as it looks like another one for System Shock 3 has popped up in the way of the game's existence. Until I get full confirmation this is going under rumor but it looks like Otherside Entertainment is prepping to announce that System Shock 3 is in the works and coming sometime in the future. This is all based on a new countdown clock set for five days from now and a poorly hidden webpage that shows off System Shock 3 and all the way to hurry up and wait for more information. Like I said rumors more than anything for now.

You can check out the countdown clock -> Here and then spy the webpage that has the System Shock 3 title -> Here.

So more of us are on the same page here Night Dive Studios currently holds the IP for System Shock and not Otherside Entertainment and they are currently working on an enhanced version of System Shock but nothing more has been announced there. It is possible that they offered the development of a System Shock 3 out to another development team but I personally couldn't see why when they are still trying to wrap up the remaster to possibly gauge if gamers want a System Shock 3 still.

Just my thoughts though as something doesn't add up for me here. Especially if System Shock 3 was supposed to be some hidden announcement that a countdown clock was needed and then have no security blocking the actually announcement page. Also if they were doing something like this why wouldn't Otherside Entertainment have a something else set up besides a "tease" domain name just for a counter here? In the end I won't be all too surprised if this turns out to be some fan driven thing for System Shock 3 and nothing comes of it. Although I would love to see an official System Shock 3 someday…

What are your thoughts on this System Shock 3 rumor set up? Does it hold merit to you or is nostalgia and the hope of it being true clouding your thoughts. What do you think would be in store for us all in System Shock 3 if this pans out to be a true and mishandled announcement? Let us know in the comments below and feel free to discuss. If there are any updates on this or anything System Shock 3 out of Night Dive Studios we will have there here for you so be sure to keep locked into the site here.