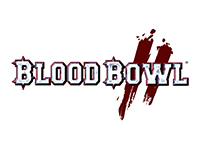 We Sit Down And Review Blood Bowl II. It's a fun twist on the popular sport Football in a fantasy world but is that enough? Here's Our Review of Blood Bowl II

If you ever wondered what the game of football would be like in the medieval fantasy world of Warhammer you may have had that answered with Blood Bowl already. For those who haven't then it looks like Cyanide Studios wanted to make sure we all had a chance to know this kind of game as they have now brought us Blood Bowl II. It's the latest in the franchise that tries to marry the dice rolling fun of the original franchise into a virtual world with all of the sports puns, humor, and attempts at murdering each other on the football field. We had a chance to give Blood Bowl II a spin and here is what we think of the game for your reading pleasure.

The story of Blood Bowl II is pretty non-existent outside of the campaign or extended tutorial mode for the game. Here you take on the head coach role for the shamed Reikland Reavers who are looking to make it big again. That is where you come in and lead the team to victory at whatever cost that is needed. Outside of that there is no more story to Blood Bowl II than you can make up to go along with any of your favorite sports teams in the real world. Not every game has to have a full story.

The first place I'll begin here with Blood Bowl II is the very odd use of "dice rollers" in the game at large. In general this is mechanic that is a staple in the game's franchise and legacy so to not have it present in Blood Bowl II would be a bit odd. Sadly this is how it felt like Cyanide Studios was able to implement it as it seemed to be more of a pain in the ass than any kind of real mechanic. Quadruple-ly so when it came to doing mundane things in the game like picking up the football or even running half of your character's allowed distance. Blame it on the poor explanations in Blood Bowl II or something else but this didn't fit well at all and led to A LOT of frustrations in the game.

What kind of frustrations? Well, like the fact that these dice would roll even when the onscreen UI for the game would indicate that there were not going to be any random numbers generated. Or the fact that they always seemed to come up in the same negative patterns that always led to my team tripping over their own feet even when they only ran three squares over. Or how it would take my team, and only my team, upwards of five tries to pick up a ball that was kicked to them in the first place. However these random numbers in Blood Bowl IIwere being generated it was never truly fair or made no sense for the randomness to even be in place. It was almost like Cyanide Studios wanted to be hard for the sake of being hard.

If that didn't add to the frustrations enough, Blood Bowl II is a very slow moving game. It is a strategy game for sure, but having to sit through endless animations and pointless other things on screen made me want to just give up on trying to figure out the game instead of trying to endure. Even if some of these scenes were skip-able the fact that the AI would take upwards of four minutes in some cases to even move on the map led to many boring and upsetting matches in Blood Bowl II. I found myself having to pass more time on my mobile games than playing matches given the slowness of it all. Again; detouring me from trying to figure things out and just counting the minutes until I was able to go again.

The final thing I'll add in here for Blood Bowl II is the issues with the UI for the game. I played it on the PS4 and you can really tell that Cyanide Studios was developing for a PC set up as nothing seemed to flow well with the controller in hand. A mouse and keyboard would have suited better. It was very point and click and sometimes the "click" would happen too fast and things I didn't want to happen would be rolling out and leading to a lost match in Blood Bowl II instead of wins. The game could have used more time in that area to make the console version flow better than just the straight port with base controller use as it felt that happened.

As I mentioned above there is no story for Blood Bowl II. All of the time that could have been spent there looks to have been spent on making the commentators feel a bit unique and constantly having something fun to say. Even though they did repeat from time to time this was a winning thing in Blood Bowl II and it also helped pass the time just to listen to the banter in the background as the game played out by itself. Story isn't always needed and this was an amazing use of dialog in Blood Bowl II to have something in a game that isn't really about a story line at all. It definitely added volumes to the experience and helped pass the time right along. Top notch here.

Another top notch job here in Blood Bowl II was the characters and creatures in the game. Cyanide Studios definitely knows how to capture the feel of the franchise they were pulling from and brought that to life perfectly. Even the repetitive animations played out how one could picture a GM explaining it if in the real world with paper and pencil in hand. There were cookie cutter models used for sure but even then each felt slightly different in Blood Bowl II and there are mad props to be given for that as even the model painters can attest that is a hard thing to master in general.

I am sad to say that visuals and audio play do not make a video game at all today. It still all boils down to gameplay and Blood Bowl II didn't feel like it delivered to me. This could have been the fact that all of the slowness of the game in general had my attention lost and not looking to dig in deeper or it could be that I did dig deep enough and all of the gameplay mechanics were so poorly implemented or presented that it just did not capture me further. I'd like to think the prior there for Blood Bowl II given Cyanide Studios' other titles I fell in love with but I fear that it is the later and the game really needs to go back to the drawing board.

In the end of it all I really do not recommend Blood Bowl II for purchase here. It may sit well with fans of the franchise and those who have a deeper understanding of the mechanics in the physical game but for those just looking for a fun "fantasy" football title, Blood Bowl II will most likely not be for you.

Blood Bowl II was developed by Cyanide Studios and published by Focus Home Interactive for the PS4, Xbox One, and PC on September 22nd, 2015. A copy of the game was provided by the publisher for reviewing purposes.