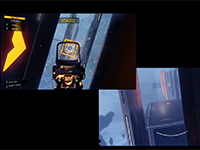 A new gameplay mode for Call Of Duty: Black Ops 3 has been revealed in the latest livestream and this one adds a full free run mode for all to play in Black Ops 3

As if there wasn't going to be enough to do in Call Of Duty: Black Ops 3 with the campaign mode and the multiplayer modes, it looks like Treyarch is adding in yet another mode for all of us to enjoy in the way of Free Run mode. If that sounds a little familiar then you might be thinking of the entire Mirror's Edge gameplay or that of Dying Light. The difference here is that it is more of a "multiplayer mode" than anything for Black Ops 3 which adds yet another to the mix when it launches on November 6th for the PS3, PS4, Xbox 360, Xbox One, and PC. Some may need all the modes that they can get here.

No while I say this is a multiplayer mode in Black Ops 3 it does need to be noted that it is only in the means of leader-boards as Free Run is still an experience that is only to be had in a solo mode. Sounds complicated but it really isn't. Pretty much you get to use all of those kick-ass movement abilities that Treyarch has set up in Call Of Duty: Black Ops 3 to a timed run all to help you get all of the minor nuances of the movement down all while trying to best each other with better times on said boards. So it is a single player mode with multiplayer features here. Just what Black Ops 3 needed right?

Free Run will be available out of the gate when Call Of Duty: Black Ops 3 launches and there will be no unlocking required. Not only that but even though Treyarch has set up a tutorial mode with scaled difficulty you will also be able to start with whatever difficulty you so please without any special things needing to be achieved beforehand. Granted, most of us will most likely need to play the scaled way as Black Ops 3 may be the first foray into the franchise but it does look like the beta and past titles that Activision has published may have prepared us for Black Ops 3's Free Run already. I guess we'll see.

Actually, you don't have to wait to see as the most recent livestream for Call Of Duty: Black Ops 3 does show off one of the levels for the mode. You can see it just a bit lower and see if it tickles your fancy or will be a mode that you ignore for everything else in Black Ops 3.

What do you think about the Free Run mode for Call Of Duty: Black Ops 3 here? Do you think you will have as much fun with it as Treyarch did when they were building it? Is it too close to other games that you will forever compare and contrast to them and don't see Black Ops 3's version holding up? Let us know down in the comments and discuss away. Activision has these little livestreams set up every Friday until Call Of Duty: Black Ops 3 launches so be on the lookout here for more updates and news as it flows out into the ether. We'll collect it all right here for you.