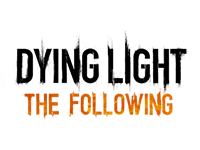 That didn't take too long for Dying Light to get confirmed on getting drivable vehicles as DLC. It was kind of teased last week when Techland posted a "Half A Year" of DLC video on their social media accounts but it wasn't completely defined. Now we flash forward to this week and it has been confirmed pretty much that Dying Light is going to be getting said vehicles in the mix of a LARGE story DLC expansion called The Following. Not to be mistaken for the Kevin Bacon TV series that recently wrapped up. Warner Bros. would allow for that and it wouldn't mix well into Dying Light to be honest. At least as the zombies are concerned.

So we are getting more story and vehicles in Dying Light now but that isn't all. Details haven't been released on it all but it looks like there are also a load of other major changes coming to Dying Light with this DLC and it is enough to warrant another map being added into the mix. A map that is the size of all of the current maps in Dying Light to be exact. That's either going to be one major story added to the game or Techland is going all in on making Dying Light one of those games to last for decades. Or at least years. Or at least until the end of this year. Who knows?

As far as price and date for The Following to be added to Dying Light; there is nothing just yet. It will be available on its own for all to purchase when it does come. Or if you already dropped cash for the Season Pass, The Following DLC will be part of that so you can make sure to have all of the Dying Light you could ever want at your fingertips. At least when it does finally hit. Most likely sometime after Gamescom as it will be on the show floor for people to pick apart and decide if it is just as massive of a DLC pack for Dying Light as is being claimed.

For Dying Light: The Following we’re adding a number of bold game-changers to create one massive expansion. Something big that will give the game a brand-new flavor. The new map alone is the same size as all the previous maps from Dying Light combined, so there is a lot we’re packing in here.

We also kept a close eye on player feedback to help tailor what we’ve created here. Hopefully people will see that this new expansion is first and foremost, for the fans.