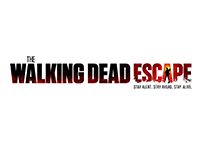 Looks like the SDCC tradition just keeps going as The Walking Dead Escape is making its return again to SDCC 2015. This would be the live action, survival horror experience set in the world of The Walking Dead that graced Petco Park back in 2012 and has been going strong ever since. The only difference this year is it would seem that this video game-like experience is being brought to life even more not with just the TV show but also it sounds like the other media platforms and versions are making a show during The Walking Dead Escape. Notably one of the best characters from the franchise; Negan.

Yea, this year's The Walking Dead Escape looks to be a celebration of all of the franchise and not just one facet. At least that is on the surface and only the true run will tell once we get in. None the less though this has always been one of the best interactive experiences to see if you can put your video game knowledge and skills to the test to see if you learned anything over the years. We like to talk big so it's time to play big. I only hope that there are more Mirror's Edge style of play and less just run for the hills kind of play. The Walking Dead Escape has seemed to be phasing the prior out over the last few years it would seem.

After years on the road, surviving the apocalypse has finally brought you to the Alexandria Safe Zone. The welcoming party has greeted you and you’re a candidate to become one of its residents.

But are things as good as they truly seem? The world outside is collapsing upon Alexandria. The number of walkers appears to be growing and there are those want to either see it fail or take it for their own. As you navigate the scenarios, who are the bigger threats, the walkers or the humans?

The course will play on having to fight off walkers as well as humans. Particularly a pretty popular comic villain.

Video recorded by Duke Searles and edited by Julia Schoebel.

Just to throw the spoiler alert, if you couldn't tell already, we will be running The Walking Dead Escape again this year so be sure to either join us out for the run or check back here as we will have a full break down of the experience including all the visuals you may want while not being at The Walking Dead Escape in person. We'll enjoy and I hope you will too.