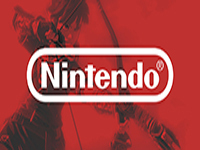 It is time for the official first day of E3 here and it is time to kick it off with Nintendo's press event. They have already shown off a bit for a few games already but I am sure Nintendo has a few more things hidden up their sleeves or they wouldn't be holding another event to show off what they already have. Right? I mean they wouldn't just do the Smash Bros. thing and the Nintendo World Championships and expect us all to just see what they have on the floor at E3 and Best Buys around the nation. Although I've heard tale of more Metroid and Zelda titles so I think those will be on the docket for Nintendo to show off. Most likely another Super Mario game and whatever the Nintendo NX thing just may be.

I would love to see Fatal Frame of some sort and something that will get Nintendo back into the console running for me but I have all but lost hope that will happen anytime soon. It would be pretty cool to see Nintendo flow into the publisher only role instead of hardware and make some exclusive deals with Microsoft and Sony for Nintendo IPs but let's face it; that will most likely be a long, long way off or just a pipe dream for some of us who have all but given up on Nintendo. I feel like they are really just milking their nostalgia and our wallets for it at this point as I haven't seen much in the way of innovation in quite some time from Nintendo.

That of course is my own opinion and I know you have your own. What do you think Nintendo will be showing off to keep us locked in for a bit longer? We will all be watching the Nintendo briefing below but we can always throw our thoughts down in the comments here. If Nintendo knocks one out of the park I will most definitely be hanging around the booth at E3 and covering all things Nintendo moving forward so I guess you'll have to keep things locked in here and wait and see.