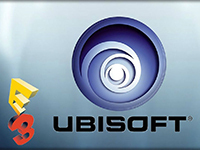 That is three large E3 press conferences down and two more to go. Next up on the docket is Ubisoft and their usual titles and franchises that we get every year at E3's past. Ubisoft hasn't been too quiet on what we are going to be getting from them with a few additional things mixed in. It is a safe bet that we are going to be getting some Assassin's Creed Syndicate footage and gameplay information. Most likely more for Just Dance and the already spoken on Tom Clancy titles. I'd say that there will most likely be more on the Rabbids franchise and most likely something for Rayman mixed in too. It will most likely follow the usual choreographed set up we have become accustomed to over the past years.

It is worth noting that Ubisoft has mentioned that there would be a few surprises mixed into their conference here but there have been no real indication as to what Ubisoft will be bringing. Most likely more on The Division that wasn't shown at Microsoft's briefing. I'm also guessing Watch Dogs 2 could be in that list as well. It has been a bit since we last heard anything really new for that franchise and it did rather well so Ubisoft would be foolish not to have something chambered there. I'll also hold out hope for another South Park title too.

So there are all of my thoughts on what Ubisoft is going to be showing us here today. What do you think they will have in store for us all? Let us know what think Ubisoft will have for us to see here down in the comments. As with all of the other press briefings, developers, and publishers, we will have boots on the show floor looking at everything shown off here; so keep the browser locked in here.