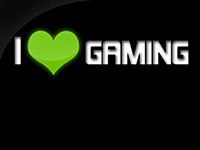 This week seemed to fly right by but that doesn't mean there wasn't a whole lot to cover in the world of video games by any means. We had a bunch of release date announcements for SOMA, Until Dawn and Wander. We had some new games announced in the way of Perception and What Remains Of Edith Finch. Then a whole mess of new video and information for Batman: Arkham Knight. Like I said, short week but way too much going on in the world of video games. Of course we all have E3 coming up soon so we are getting our last big push before the video game onslaught so we can be thankful for now.

Now those title above were only a small sample of what we able to cover this week in video game news. Hells we also had a nice little review for the most recent Game Of Thrones episode from Telltale in the mix to try and drive home the point. Sheer madness and that is just a small taste of what I am sure will be coming. Also as usual we have the full list in digest form for you to pick and choose through although they are all great reads. All kinds of news for video games and it is all here for the most part to read. Go ahead. I won't stop you here.

Enjoy all those video games everyone. Until next week. Happy gaming all!