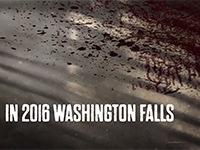 Do you remember that other The Walking Dead game that was announced last year? You know; the one that is coming from Overkill Software. Remember yet? No? Yes? Well if you do or you don't we happen to have new information about the game straight from Robert Kirkman's mouth from SXSW. It isn't much but it looks like the next title for The Walking Dead will be a game much like Payday that the developers are already very well known for. Yes, you read that. The next The Walking Dead title is going to be Payday-esque.

Just so you can be completely caught up on what Overkill and Starbreeze are bringing us for The Walking Dead, here is the reveal trailer that was shown to the world last year. It even includes a nice little bit from the creator of the franchise at the end where it was only mentioned that the Payday devs were going to be working on the title but not that it would have parallels in gameplay.

I am not sure on how this version of The Walking Dead will profit from a gameplay style that seems to be a bit out of place. Unless we are going to be breaking into and robbing other camps for supplies and goods. But even then, in the world of The Walking Dead all of our supplies would be limited in the first place and would need to become more Thief-like instead of the run and gun style that is in Payday. Maybe it is just me but I see that being more along the lines of The Walking Dead: Survival Instinct in level of game when it comes to the franchise.

The Walking Dead franchise does well in not being a standard zombie shooter and focusing more on story, survival, and the drama of humanity in the face of "the end." This is why only Telltale's version of The Walking Dead has been so well received and all of the others have been placed in the shovel-ware bin. We already have so many options to just run and gun zombies and I have a feeling that if this title is more Payday than anything then it will fall like all of the other titles out for The Walking Dead have. It's sad but true.

Do you think a Payday-like version of The Walking Dead will be successful or just feel like another cash-in on the franchise's success? Even given the success Overkill and Starbreeze have had with the gameplay of their other titles do we really need this? Let us know what you think down in the comments.