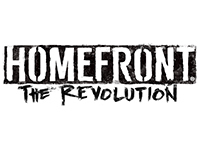 Sadly for those looking for details or anything that we didn't cover back at E3 last year for Homefront: The Revolution there isn't much else to talk about. At least the game is still in the works and so far Deep Silver has yet to not have an amazing title in their catalog. At least as of late in my opinion. According to their press release for Homefront: The Revolution here it looks like they are aiming high and will most likely achieve it.

“Dambuster Studios are an extraordinarily talented group,” said Dr. Klemens Kundratitz, CEO Deep Silver. “We are giving the team every opportunity to turn Homefront: The Revolution into a best-selling title, and have set a 2016 release date to provide them the time they need to achieve this. You can expect to hear more about the game later this year.”

So there you have it. A new studio and an update on the status of Homefront: The Revolution. I won't lie; I would have loved to see something else for the game here as things have been so sparse since Crytek was no longer working on it. It looked amazing and I have faith Dambuster will continue the trend but it would have been nice to have a little more in the mix. I guess this does mean we will have something more soon I guess. At least it wasn't just canned.

What do you think? Does Homefront: The Revolution still have your attention in the vast world of video games? Do you have faith in the developer and publish here? Tell us all and join the revolution in the comments below.