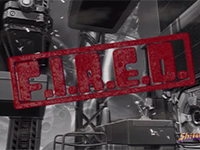 Look at that. We have a new trailer for that quirky little platforming title called Shiftlings from Sierra and Rock Pocket Games. We first saw something along the PS4 and Xbox One version of Shiftlings about a month ago now. This is that little space "reality TV" show game where you and your buddy are connected via a tube and forced to shrink and expand to move around the puzzling levels. Go back and see what I am talking about because we are ever moving forward and that is what we are going to do here for Shiftlings.

Just below we have the new Orientation video for Shiftlings and it showcases multiple ways you can end up screwing yourself over in the game "shifting" at the wrong time or just running around. In fact you can have your cord cut at any random time and that ends it all too even though I don't see why we can't just tie it off and be good to go. If that were the case we wouldn't have the core of Shiftlings is the reason I am pretty sure.

Have a look at this new look at Shiftlings.

So I am a bit confused now. Shiftlings no longer sounds like a "reality TV show" in the form of the story here but two guys out to do their own work. The gameplay and core mechanics all sound and look the same but as far as the story goes I am no longer seeing TV show. I am curious if it is just the fun way this video was cut or did Rock Pocket change the core narrative for some reason? I don't know and it is confusing all to hells. It hasn't made my want to play Shiftlings dwindle at all. It has just left me wondering what the game's story is going to be all about.

I guess I could hop on over and check out the Steam version of the game to truly get an idea but I want to play Shiftlings on the PS4 and Xbox One. I'll hold out until then for now. Maybe we will be getting another trailer for Shiftlings that explains what is going on here. Maybe not…