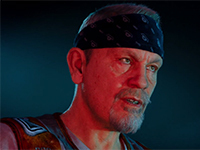 We are down to literally a week before we will all be playing with Exo Zombies with the Havoc DLC for Call Of Duty: Advanced Warfare. At least those who have the game for Xbox One or Xbox 360 as the rest need to wait. Yea, we all hate timed exclusives now that we have to wait to play Exo Zombies. Let's all riot until the DLC comes to the PS3, PS4, and PC too. That will show everyone that we can still play the Exo Zombie gig in the real world while we wait. Who needs fun new gameplay when we have life? Right?

Well for all of those Xbox Call Of Duty: Advanced Warfare players we have some more gameplay footage for Exo Zombies coming to you on January 27th here. Like I said, we are only seven days away now so you better be pumped. I mean, you did pay a bit extra for that season pass to get Exo Zombies didn't you? Or at least you are planning to purchase the Havoc DLC when it finally lands aren't you? I hope so as you are reading this still.

So I'm still a bit confused on Exo Zombies. It looks like the same old gameplay we've come to want in the Call Of Duty franchise, with a twist for Advanced Warfare but from the above trailer it looks like it is adding in a bit more of a campaign mode for the game. I am sure that Exo Zombies is just the same mode we know and love but I would love to have had a full on expansion to the game over a play mode. Wouldn't you? Kind of like Gat Out Of Hell for Saints Row IV. I'd totally rock out a whole zombie themed game playing as the remaining members of Atlas. I'm talking like a whole story campaign and not survival waves with a bit of story after each.

I guess Exo Zombies will just have to do for now; at least when it lands on the PS4 for me. That and those Walking Dead games from Activision. Oh wait, Dying Light will be out to hold my attention so I guess we are good. Can we tell I am not fully digging the Exo Zombies timed-exclusive yet? What say you?