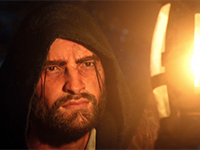 If you are still troubling through Assassin's Creed Unity then you may be excited to hear that the first bit of free DLC is coming. Dead Kings now has a full cinematic trailer for its January 13th launch on the Xbox One and PC. If you happened to have Assassin's Creed Unity on one of those platforms then you may want to keep your eyes out for when you can download Dead Kings as it will be free. When has Ubisoft ever given us all something for free…without it being a "make up" for a shoddy game?

In Dead Kings we get to follow Arno as he explores the city of Saint-Denis and its extensive, open world underground. That would be one of those Necropoli that houses all kind of fun and hidden secrets in the AC world. In this case it keeps some of the best-kept secrets of those French kings you've been slaying throughout the game. Hence the name Dead Kings I guess. At least it is easy to make the leap of logic. Pun intended but only for those who got it before reading this line.

If the cinematic trailer for Dead Kings holds up to the actual gameplay then we may have what looks like a bit of attempted faceless horror in Assassin's Creed Unity. If anything a nice little dungeon to creep around, kill people in, and then loot everything that is and isn't nailed down in the area. Something that could be exciting for all of those who are not on the PS4. At least for now. Hopefully there will be a date soon for everyone to enjoy Dead Kings…