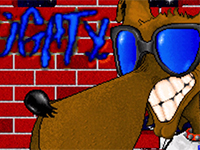 If you just thought to yourself "I don't need a history lesson for Naughty Dog" then you are most likely the largest fan of the developer or you're an employee of theirs. They have had a long 30 year run that has been pushed and promoted pretty much all year. Now we get it pushed again as we have a nice long history lesson that shows you a 50 minute recap of where Naughty Dog started and are going here in the coming years. These are the Crash Bandicoot, Uncharted, and The Last Of Us developers for those who may still be scratching their heads yet still reading.

If you are still here then you may still be interested in seeing where Naughty Dog came from. Like I said, there is a nice long recap video to watch but it does cover everything from the two 15 year olds who just wanted to make games to buy games all the way through to the current state. I don't know how many times I can state that. Maybe just as many times as the people in the video state their surprise on how things worked out no matter what was going on. They make it all seem like Naughty Dog really has been on the verge of dying out the whole time when you actually watch the whole thing.

It is a bit interesting to hear about how almost everyone at Naughty Dog had some intense fears over Uncharted though. You'll see all of it below but could you imagine where they would be if they let their fears run wild? I don't think they would have even tried to do one of my favorite titles The Last Of Us if they did give in. I'm glad that they didn't. Enough on all that though. Have a look for yourself and have your own history lesson about Naughty Dog.