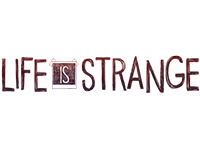 Life Is Strange. Not just the name of the game but in reality Life Is Strange. Like for the fact that I had heard the name of game tossed around so often but no one would give any real details or talk about it. At least to me directly. Now we have the first real trailer for the game as well as all the ins and outs on how it is being released on January 30th 2015 for the PS3, PS4, Xbox 360, Xbox One, and PC. Not something I expected so fast but you know what, I'll take it DontNod.

Now for that trailer for Life Is Strange. Just watch and join me after if you want to hear my thoughts.

Just like The Walking Dead and other games like it, Life Is Strange trailer here doesn't really explain much of what is going on. It really should do way more than just show a few tidbits of the game for those who don't follow only Life Is Strange news. With all of the other major episodic titles out there is a fan base and lore available to help people figure out if they want to take the extra plunge. Life Is Strange doesn't have that unless I have missed something major. There is so much going on lately that easily could be the case.

I do like the way that others are describing Life Is Strange but then again that means we have to take the words of paid reviewers and "journalists" instead of real facts. Some of them may be spot on with their descriptions of "Gone Home meets The Walking Dead with time travel." but most of those people hammered DontNod's Remember Me even though it was a pretty solid game at its core. Different publishers know how to grease the wheels is what I'm saying here. But that is all tin-foil hat of me as I have yet to actually experience Life Is Strange outside of everything you just saw above.

I'm keeping Life Is Strange on the radar for now as it does fit my normal niche genre of storytelling. I do love me a good story and if anything has been unanimous about Life Is Strange is that it at least delivers on that front. I guess we'll see here in the coming month.