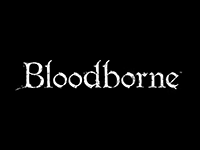 Up until the PlayStation Experience my time with Bloodborne has been only in the way of trailers or watching one of the developers try to show off the game. If you've been following my drivel since Bloodborne was announced then you will know that I have been nothing but unenthused about the game. That is why I decided to give it the old college try and see if this PS4 exclusive was going to be able to capture my love with actual hands on. Care to guess what it did? You don't need to as here is what I think about Bloodborne as it is right now.

The biggest gripe about Bloodborne to date has been the fact that EVERY enemy stands in wait like a haunted house attendant. They stand in wait only to jokingly lunge at you once you are close enough to them so they don't have to do any actual work. This apparently is what From Software wants to keep in Bloodborne as it was all over the demo I played through multiple times over the weekend. I even questioned one of the team about it and was met with a look of "that's kind of how it is supposed to be." In a game that looks and feels amazing why do nothing to make it exciting? The world is so serious but the basic enemies are just laughable and it ruins all of the fun for me.

I'd be willing to give Bloodborne a pass on that as the mini-boss characters and boss characters are interesting and look like all of the detail and thought went into them. If only I was able to reach them or actually fight them. I'm all for having a game be difficult but with Bloodborne the controls are so anti-intuitive that it makes the game hard just to say "It is a hard game." There is a difference between making a game challenging and having a control scheme that is so clunky that the game is hard. The latter just makes things not fun at all and only a masochist who has no clue about other video games exist would want to try and survive the world of Bloodborne.

This is really sad as From Software has an amazing looking title in a world that has also piqued my interest. The issue is that in a floor demo when someone can't get more than 3 minutes into the game who would really want to give you the full chance with a price point added on? This was just a demo for Bloodborne at that. Something that is supposed to draw players in and show them why the game is going to be fun. All it did for me was alienate me and show how the art team was given an amazing amount of time while the dev/programmers where forced to give us something that basically resembled gameplay.

There may be a whole lot more to Bloodborne than I was able to see and experience at the PlayStation Experience and there may not have been. I'll never know as it feels like Bloodborne is just another pretty face in the mix with horrible mechanics that are being labeled "it's just a hard game" instead of what it really is. Hard does not always equal fun and challenging. Fooling gamers into believing that does not make a fun game. Bloodborne really needs a whole lot redesign work on the game's mechanics to win me over but seeing as it releases in a few months I doubt that will happen. Looks like I will get see an amazing looking world from the sidelines because it looks now Bloodborne will not be for me.