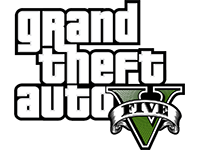 It's been just a year in the making and now we have Grand Theft Auto V for the next gen consoles. It has a few bells and whistles added on as well as visual upgrades but is it really worth the price of admission to play something many fans have been playing for a while now? Did we really need some of these upgrades and do they make the next gen version of Grand Theft Auto V a must have purchase for those who have yet to experience the game? For that matter does it garner the attention of those who have yet to have picked up Grand Theft Auto V yet? Let me break it down in our review for GTAV.

You take on the role of one of three characters in Grand Theft Auto V who all pretty much have the same thing going for them. They are not that good at living by the rules and love money, power, and stuff. You can fill in the stuff with whatever item you can imagine. The group gets caught up in some government bullshit as well as the bullshit of random powerhouses in Los Santos. These people think that you three will be the perfect solution to fixing whatever needs to be fixed through whatever means you want. Welcome to Los Santos. Now cause havoc and have fun at the expense of anyone who happens to live in or around the city.

Grand Theft Auto V seems to be very schizophrenic on when it wants to hold your hand during the game and when to let you go. By this I mean that for brand new users it will thrust you into the gameplay and expect you to understand how everything works. Then surprisingly later on give you a tutorial well after you've already completed playing blind. For example when you first encounter Trevor you are given a mission that has you flying planes with no tutorial give. Later in the game Michael is asked to fly and you have to go through 9 tutorials before the game deems you ready to fly for the next mission which was insanely easier than the flying blind one. That's just one example but it happens a lot throughout Grand Theft Auto V.

Something in GTAV that shouldn't need a tutorial is the driving. It is kind of what the title of the game alludes to everything being about but this system seemed to be broken or running on a few different laws of physics I've never known about. At least at the beginning of each character, before their drive skill is leveled up, no matter the car it drive like you are on ice in the middle of a warm rain storm. They spin out and slide all over the place with none of the real world driving tactics working to aid. I'm talking about things like turning into the skid here. It never made the game unplayable but it was too rampant to feel like it was just something for one car or one character with a low drive ability. Even at 100% drive ability on a dry straight road I had cars spinning out over the slightest little thing.

The last thing that drove me crazy in Grand Theft Auto V, and it is a mixed love/hate aspect, is that there is too much to do in the game. Like too much in the way that you have to micromanage things that the game is already micromanaging. Do I really need to watch the stock market to legally make money in a game all about making money through illegal means? Or for that matter practice Yoga as an alternative for strength? Hells, you can even have your character go and waste money with a therapist if you want to. Generally things that just cluttered up the games map and annoyed my in game phone with reminders that I haven't shown up for my scheduled appointment to talk about my feelings because I was busing robbing a jewelry store. It does say something for Rockstar and the development of Grand Theft Auto V but sometimes there can be just too much.

I lost interest in the Grand Theft Auto franchise a while ago. I felt that everything was just kind of mindless filler and I had better things to do. Then I checked out the story and mini-narratives of Grand Theft Auto V and could not have had my interest and love for the franchise rekindled more. I enjoyed damn near ever conversation and story bit that I had to play through. This extended out to even the bits that focused on the ignorant stereotypes that I loathe in the real world on a day to day basis. Rockstar managed to make me have fun with that too. Granted that was usually when the story turned into something where I had to do something messed up to them but none the less the writing made me completely enjoy even the boring gameplay portion of Grand Theft Auto V as well.

Speaking on gameplay, I was unsure about the need to have the first person option added into the next gen versions of Grand Theft Auto V. It seemed like it might have broken the game and the standards that the franchise has had for a while. While it wasn't something I did constantly during my play through I would be lying if I didn't think it added a whole new aspect to the game. In some instances it actually made section of the game a bit more fun and engaging playing in first person mode. I am not sure if I would play the whole game that way but during huge shoot out sections it almost seemed as valuable as having a grenade launcher that fired heat and ball seeking grenades into the air. If nothing else it does give those last gen players a completely new way to play Grand Theft Auto V from start to finish and it does feel like a whole new game.

Lastly, and this goes back above with the love/hate thing, there is a lot to do in Grand Theft Auto V. Once you take away all of the small micro-manager things in the game you are left with a huge variety of missions and events that it is hard to name two that felt the same. Almost every missions and event felt completely new and unique which is hard to believe given the limitations that we get with disc based games. The world of Grand Theft Auto V felt to always be changing even though it is not all that possible given the medium. You can see all of the great planning that went into the game as well as all of the little extras that came with the more powerful systems. Unlike other games that claim hundreds of hours of gameplay, I've logged in about 20 hours into Grand Theft Auto V and I still feel like I have yet to scratch the surface of even the main story arc. There is just so much to keep you engaged in the game.

If any of the past Grand Theft Auto titles have piqued your interest over the years then you should be playing Grand Theft Auto V. If you have a next gen console then you should totally give the game a try. Even if you feel like there may be too much in the game you can always set it down and come back as it manages that side of things rather well. If you already own Grand Theft Auto V on the previous consoles and happen to have the extra funds to drop then do know that the new and extra features here add a whole new level to the game that are totally worth it. Hells, you can play the whole game again in first person mode and it will feel like another AAA title that has been added to the great gaming shelf. That is even with the few issues I did manage to run into while playing on my own. None the less though this is the definitive edition of Grand Theft Auto V for us all.