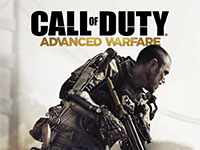 Call Of Duty: Advanced Warfare is a solid experience and perhaps one of the best Call Of Dutys in years. With that being said there is one issue that tarnishes the whole experience and that is the lag. This is the kind of lag that you don't notice till you try and kill another player. You could have the best aim and shoot another player first and then still get killed by said player. There have been times that I swore that I put almost a half of clip into someone and still didn't kill him or her. Now this is not a new problem to Call Of Duty but this is the worst case of lag in any game in the series. It's so bad that I even had some hard freezes when paying online. I personally have a great internet connection and shouldn't lag at all if the servers are worth are their weight in salt.

A patch was just released and it eases the lag a little but it still remains a problem. I played on both the PS4 and the Xbox One versions of the game they both had equal lag, one version didn't seem better than the other.

Advanced Warfare does a great job at mixing up the formula in the long running franchise. One of the biggest changes is the new Exo suits and abilities. The Exo movement's speeds up gameplay and changes the usual boots to the ground gameplay of past games. The best part about the new Exo movements is the boost jump, which allows you to jump onto buildings and structures to get a tactical advantage. Another useful Exo movement is the boost dodge which helps dodge away from gunfire or incoming explosives.

The game also features ability's linked to your Exo suit which can give you a last minute advantage in a gunfight. My favorite ability is the cloak, which helps you temporally blend into the environment. I found this very useful in Domination matches when trying to capture a flag. Other Exo abilities include a built in trophy system, a shield and a stim device, which can give you extra heath for a short time.

One of my favorite features in Call Of Duty: Advanced Warfare is the addition of the supply drops. Supply drops are the loot system of Advanced Warfare, which are awarded to you the more that you play. They can contain special guns with buffs to certain stats, new customization items and one-time use items like a guaranteed care package in your next match or double up for a short time. They are three classes of rarity, enlisted, professional and elite. Elite is the best of the best.

For example the regular AK12 assault rifle does 10 damage and has a rating of 9 accuracy. An elite version called the AK12-R.I.P gets a buff in both areas and instead does 11 damage and 11 accuracy. The supply drops add some excitement while leveling up because you never know what you are going to get in them.

Call Of Duty: Advanced Warfare does a lot right with plenty of improvements over past game in the series. Although with its issues, mainly the lag, it is still blast to play. If you are a fan of the series or someone new the Exo controls are easy to pick up and play with out too much of a learning curve. I have played both the PS4 and Xbox One versions and they are both equally the same on both content and gameplay.