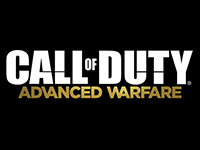 The time has come around again and we have had the chance to play and review Call Of Duty: Advanced Warfare. We have Sledgehammer Games back at the helm for the latest edition to join the franchise and they are looking to stake their claim back into our hearts and systems. They have been trying to push the limits of the current and next gen consoles and all of the hype has shown that to be the case but did they actually do it? Is Call Of Duty: Advanced Warfare just a fancy cash grab or is it the next greatest edition to the overall franchise? Well I've tackled the campaign mode to check if the story and basic gameplay hold up to what we all demand of the Call Of Duty franchise. Let's dig in.

It is the near future and those pesky Koreans are up to no good. This leads Jack Mitchell, your PC, and his team to try and save the day. Things of course go south and he "defects" to a private military group called Atlas. Atlas quickly becomes the "World Police" all while you and Mitchell learn of all of the crazy horrors and secrets the world's governments and Atlas have hidden. This includes a world ending bio weapon that must be contained to save the Earth. That about covers it without any major spoilers…

While I'd like to think that I am just getting better with the Call Of Duty franchise I found Advanced Warfare to be quite easy even when playing on Veteran Mode. This being the most difficult setting for those who may not be in the know. Outside of one small section each mission was just as easy to fly through no matter the setting. Sometimes this was due to the fact that there were locations with infinite grenades that could be spammed or how powerful the weapons were in terms of area of effect. Difficulty should matter if it is going to be offered as a setting but that just didn't seem the case for Call Of Duty: Advanced Warfare. I want to be challenged when I go for it. All I got was a slight variation from the easiest mode.

The Exo suit also sounded like a great addition to the franchise as well and would add an extra level of depth to Advanced Warfare. This was one of the things I was looking forward to but I hardly ever used. Outside of the specific times you need to use the Exo I found myself using the extras only to grab Trophies/Achievements and not as a bonus feature for the game. It fit into the overall narrative of the game but it felt like it was unneeded addition in the end as far as gameplay goes. Even in terms of difficulty where the enemies could "bunny hop" across the map using the same gear it was only a background thing and did not feel like a real addition at all. What a letdown…

I'll touch on this just a bit below because I did love the overall story of Call Of Duty: Advanced Warfare but I found it quite predictable; even the twists you could see coming miles away. Granted most don't play Call Of Duty for the story but given the cast and writing involved I expected something a bit more detailed and shocking as we progressed through. Call Of Duty: Advanced Warfare lacked any real shock moments as the story played out in the usual manner. Maybe I just expected too much here…

Even though I found it predictable the narrative for Call Of Duty: Advanced Warfare still was fun and played up to the real world counterparts extremely well. Each role felt unique and not like some stock character as "Ass Hole Buddy" or "Dumb Ass Joker"; even though there was a character named Joker but I just assume all military platoons have a private Joker. None the less I actually cared for the characters in Advanced Warfare more than the NPC there to aid or harm. I would link this to each of the characters actually looking real and felt real. Almost like watching a movie or mini-series instead of playing a game.

We all love a great looking game just as well as a fun one and Call Of Duty: Advanced Warfare did bring that. While my experience was all with the next-gen systems I can proclaim that there were portions that looked completely photo-realistic. Of course this lends itself to the immersion and feel of game too which is what we want out of our games. In fact Advanced Warfare looked so amazing that if we were able to hook it up to any kind of VR with free movement capabilities I think we'd have one of the most realistic war titles that one could experience to date. Graphics aren't everything for games now but they sure do give us some great things to look at and feel.

Lastly here, I'd have to say that Call Of Duty: Advanced Warfare's campaign length felt just about right. I would have loved to have more to it by all means but the way all of the levels, missions, and everything were strung together just felt right. All of the correct design choices seemed to be in place and some were allowed to be bypassed for those who wanted to get right back into the action. Even the "Press Button To Pay Respects" part that received many jokes online felt needed and right. In fact I am at a loss to think of anything that just felt out of place when it came to level and gameplay design here. Nothing felt crammed in to make Call Of Duty: Advanced Warfare feel like it was longer title which led to completely enjoyable title.

Even though I found Call Of Duty: Advanced Warfare lacking in terms of challenge and surprises I cannot refute the fact that it was still a fun experience. I think that Sledgehammer Games hit everything on the head perfectly in terms of the campaign mode for the game. The narrative was fun, albeit predictable at times, and very engaging. I was able to hammer through it all in a short time but at no point did I want to put it down outside of the requirements to keep the human body alive. Even if you are not a multiplayer fan I would still give Call Of Duty: Advanced Warfare the old Hades stamp of approval to add to the collection. Even replaying missions is fun. It also gives you a chance to actually try and play with the Exo that you may ignore for most of the game.