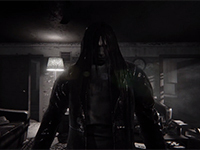 Nothing gets a game recognition like a good old fashion controversy and Hatred is doing just that right now. If you haven't heard of Hatred yet don't feel like you are out of the times here as the game was just announced from Destructive Creations as their first major project. Also don't worry if you haven't heard of the team before as they are a new developer out of Poland who look to be fairly recently joined together just to bring us Hatred.

So what is all the 'controversy' that Hatred is bringing? If you haven't skipped down to the trailer, warning as it can be considered graphic, and then I'll give you the short and dirty version.

Hatred is an isometric shooter where we take on the role of someone who has a great 'hatred' for humanity. They decide they are going out in a hail of gunfire and take to the streets to kill, maim, and destroy as many humans as possible before they are put down for good. All of this horror takes place on the outskirts of New York State over seven free-roam levels where anyone and everything is not safe from your wrath. Almost like they made a game about that one controversial level in Call Of Duty: Modern Warfare 2 except you can't just skip the level here, you would have to skip Hatred all together.

Have a look at Hatred if you would like. I have more to say on this after the video but you will need a bit of context. I'll warn you again, Hatred is being developed with the mindset that all games are heading to a polite, colorful, politically correct, or artistic path and Hatred is aiming to rail against that.

Within the few hours of this trailer's launch I have seen so many people speak out on their disgust for Hatred. I've seen people hope it is just a messed up stunt for some other larger project or just plain claim they don't want to be part of the gaming subculture anymore if this is the kind of game we want. You're going to hate me but STOP FUCKING JUDGING! Hatred may not be what you want but you are a huge hypocrite if you play any violent video game.

For fucksake in and Call Of Duty title you are murdering humans left and right just because you are seen as "the good guy." In God Of War you gain health and magic by killing innocent Greeks who just happen to be in the way. Just because in Hatred you are slated as the villain this is all morally wrong? Most gamers would be lying if they didn't chuckle then the Joker makes some wisecrack before killing an innocent person in the Arkham franchise. Just because in Hatred you would be the one doing the killing this is wrong? Get off your fucking high horse and quit playing any game that has a shred of violence in it then.

Hatred is not going to be a game for everyone, just like every fucking game out there. I don't hear people crying afoul with the grotesque scenes in The Evil Within. If you don't like it then don't play it. The only negative aspect I can personally see for Hatred is with those immature enough to not understand that the actions in the game are fictional and that of a human who has lost faith and become criminally insane…just like the Joker. I guess it is only okay to kill a human in your eyes when it is for survival like all those you killed with Joel in The Last Of Us.

I know this is not going to be the popular decision. I know I am going to spark some Hatred from most of you out there but I think a game like Hatred isn't some perverse title you are all making out to be. Just like Manhunt it will most likely be rated AO and not be released in most regions but that doesn't mean it shouldn't get the chance to be made. Just because it doesn't fit your guidelines to be a good game doesn't mean it is a horrid thing that should be scrapped and the dev team hung from trees. It's no worse than what is going on in the world and in the general news.

On a side note though, during the time of Manhunt and when I went to school for game design I came up with a similar title to Hatred. Where you played the villain and people loved and enjoyed the concept. That title even included torture and rape in the mix and it was still accepted. Maybe it is just that visuals, timing, and the self-entitlement era we live in that will curse artists from creating their visions without people pulling out the pitchforks…

Hatred is currently in development on the Unreal 4 engine and is scheduled to release sometime in Q2 of 2015. I can't wait to see what direction the team goes after all of the waves this trailer has caused. What say you? Throw your thoughts in the comments below.

Back to business as usual. Hopefully my jests, while hidden, came across to you…