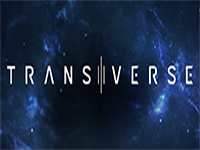 Just in time for the other Sci-Fi MMO to be released (Destiny) we have a new announcement from Piranha Games in the form of Transverse. The only difference here is that the MechWarrior Online developer aims to make Transverse a MMO from the beginning and before the nice little announcement trailer below was released. Isn't that nice and all? Making an MMO and labeling it an MMO from the beginning and not just cleverly marketing around it? I digress though as this isn't what the big news here is.

Here is the announcement trailer for Transverse for us all to watch before we dig into what else we know about the game right now. It was just announced and all…

If I didn't know better I would swear that Transverse was a better version of that Firefly MMO that is in the works. It may not have the exact charm or history but it has the feel. Digression is a bitch though.

So, what is Transverse all about? It looks likes like in the distant future there is a conflict between Earth humans and "trans-humans" who live on the fringe of the universe. The trans-humans have earned a form of immortality due to the fact that they have learned how to transfer their consciousness between host bodies and you happened to be one of them. It is up to you and all the other players in the world to take flight into the universe to seek out the future of mankind.

All of that mixes into the gameplay mechanics announced so far as well. It looks like there is a detailed ship and station system where we will get to build our own stuff. That will mix into space combat with all of the built ships and an ongoing real-time economy in the game that will lead to you gaining reputation. Something that all of us want in our gaming worlds. At least most of us want reputation.

I'll leave you to seeking out all of the other little tidbits over at www.transversegame.com for now. It looks like we may have a bit to wait as Transverse is slated to launch, pun intended, in 2015 sometime.

Anon Commenter [ Wednesday, 10th of September 2014 - 10:19 AM ]
This is something that has recently been found out about the terms. I feel it is very important to bring up in case anyone is considering trying Transverse: The licensing agreement clearly states that all donated money is non-refundable, even in the event they cancel the game. As it is at $3,000 out of 1 million for it's first goal, flight - and another million to reach it's third goal, space combat - yes in a space combat sim - you can do the math on how likely it is a product will materialize. I am going to put aside everything about what happened with their past product, MechWarrior: Online but I recommend anyone look into that if they're considering it before going further. This issue, alone, is all the reason in the world you shouldn't buy it. Star Citizen launched on Kickstarter with a high degree of security. It only moved off kickstarter once there was no risk of it running short of the core game, and a lot of extras. If you buy into Star Citizen now, you know for a fact they have money to insure that this game gets made. That is not at all the case here. Just do not fall for this trap and give your money to the people who conned a community and wrecked a franchise, and are conning people even worse now by selling them a product they don't have the resources to even properly begin. Again, because I know this sounds ludicrous: **If you give them money and they fall short of their goals, which they are badly doing, they will keep your money and give you nothing.**
Go ahead and login or register