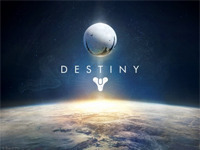 Some of you may be a bit too young to catch the joke in the headline but none the less Destiny will be taking us to Mars and Venus. That is at least if we are to understand correctly from the most recent two trailers for the game that Bungie and Activision have released into the universe. You can see both of these new trailers below to see the new areas that we will get to shoot and kill things through when Destiny finally hits our homes. Now if only there was a bit more of the gameplay and abilities mixed into the new locations.

Personally I can't wait to see if we will be able to trounce all over Pluto in Destiny as well as it looks like part of our own solar system is being tapped for missions in the game. I'm hoping so although I'd rather see completely original planets being made for the game but it's a fun little addition I guess. Use what you know, or at least kind of know, when you are making you fiction and fun. That's the gamer's way, or the writer's way as I've heard.