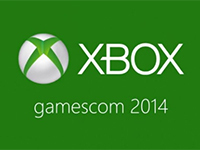 Did you happen to miss out on the Microsoft Gamescom conference early this morning (8/12)? It aired at about 5 a.m. PST here and 8 a.m. for those on the east coast. That is a bit early for all of us gamers out there so it may not be too big of a surprise if you did. Luckily we have that conference below for all of you to watch and get into even if you missed it the first time around. Hells, even if it is your second time around we have it here to watch as well.

Word to the warning just like other Microsoft conferences there is a bit of wordiness and filled with guests that don't add anything to the actual game announcements. It is almost like these companies think they need big names or celebrities to show off their titles and not just the devs with in-game footage of whatever is being announced. That said; do look for some of the highlights like the Halo 5 beta and Evolve beta in January. Also the Call Of Duty 1TB Xbox One bundle is something to write home about if you have the time after watching the Quantum Break live gameplay footage.

Those are only a few items to look for here from Microsoft. I'll admit that I am still a bit let down that Rise Of The Tomb Raider is now an Xbox One exclusive but there are loads of other announcements to break that up. You don't need to read all that though when you can watch Microsoft and crew show you everything in their nice two hour presentation from Gamescom just below.