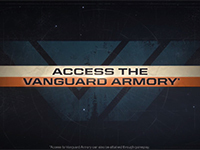 If you were curious on what came in the Vanguard Armory pre-order bonus for Destiny then you need not wait any longer. For all of you who don't have to wait until Fall of 2015 here is what you will be getting if you pre-ordered Destiny on the PS4 or PS3. A nice little tease for all of those not in that sub-group but at least you will now know why all the K/D ratios are skewed…well maybe.

Granted, all of the above is only for those out of the gate as this content is available to all who play through Destiny, it's just those pre-order people will have access on day one on the specific consoles. Don't feel too left out now. Just know it is available for all just half of you will have to work for it instead of just inputting a code to get the montage of guns and gear that will flash at you in the below video.

I personally find it a bit ludicrous that this is a timed exclusive and not just an all-around bonus for all who pre-ordered Destiny. Then again, I would be appeased more if all I lost out on was access to weapons earlier in the game than full on story missions and areas. Fall 2015 is also quite a ways off to give the bonus to those who pre-ordered but for one of those consoles that don't get the content on September 9th. At least you can play catch up a year after Destiny's launch if it falls to the backlog list.

All that said; you still have time to check out Destiny before you have to lock yourself into a full purchase. The beta is down as of right now but it will be back up for all consoles here on July 23rd. That will be enough time to see if Destiny and the time exclusive bonuses will be worth a pre-order; right?

Anon Commenter [ Tuesday, 29th of July 2014 - 07:43 PM ]
"...here is what you will be getting if you pre-ordered Destiny on the PS4 or PS3." Being a responsible video game "journalist", you are of course aware that this offer is available for pre-orders on all consoles, including Xbox 360 and Xbox One. Of course.
Go ahead and login or register