Xbox Entertainment Studios May Be Shutting Down Before It Even Starts
by Kenton Winkfield [ Friday, 18th of July 2014 - 05:00 PM ] 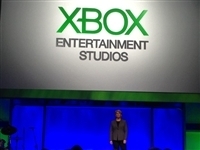 News surfaced today that Xbox Entertainment Studios, the new studio that was to produce several Xbox original TV shows, will be shutting down permanently. The company began in 2012 with the vision to create interactive television content for Xbox Live subscribers. The studio looked to solidify its domination of the home entertainment industry by having their own original programming that can be accessed just as easily as Netflix or Hulu through consumer's Xbox Ones. With one announcement of a live-action Halo television show with Steven Spielberg producing it. After seeing the live-action Halo mini-series Forward Unto Dawn I personally am more than excited to see this.

Thursday Morning, an article was posted on Re/Code saying that the Xbox Entertainment Studios would be closing down, which will result in 200 Microsoft employees being laid off. This is thought to be the part of the Microsoft restructuring that will result in the elimination of up to 18,000 jobs over the course of the next twelve months. The article was later updated to report that a company-wide memo was sent by Phil Spencer (head of Microsoft Studios) confirming the studio would be closing and Nancy Tellem (President of Xbox Entertainment Studios), as well as a few other employees would be staying on to finish the XES projects currently in production. The statement also states that Halo: Nightfall, the live-action Halo television show, as well as the app partnerships with world-class content providers will be unaffected by this move.

While all this is big news, Microsoft has not released an official statement regarding anything yet. It seems that Re/Code is getting their news from an unknown source inside Microsoft. A full transcript of Phil Spencer's memo can be found below if you are interested in reading it. I personally am waiting for a public announcement from Microsoft regarding this subject.