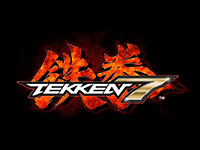 It's funny that only a few days ago I was asking myself when Tekken 7 could be coming out. All while playing Tekken 6 at home. Well, at least trying to play Tekken 6 as it is still buggy as hells after its release here in the NA region in 2009. Ok, I'll be the bugs and lag made me start to question if Tekken 7 was actually going to see the light of day more than anything. If you have read the headline then you know all of that wondering is now over.

Yes, we are getting a Tekken 7 and it was just announced during EVO here in Las Vegas, NV. That is just it if you were wondering as the below teaser trailer is all that we have with the expectations of more at SDCC next week. We really need to get out of this "hurry up and wait" mentality when it comes to making announcements. Maybe it is just me but I would have loved to see more for Tekken 7 than just the basic animatic looking footage we have here.

Here, have a look at Tekken 7 for yourself.

I will say that there is the added bonus to Tekken 7 in terms of the Unreal Engine being used to run it all. I've tinkered around quite a bit and we've seen some amazing things in such a short amount of time from the engine. I won't put total faith into Tekken 7 until I see some actual gameplay or get my hands on the game but the engine does speak highly for it. If anything it has made me add one more thing to go and check out next week at Comic Con. Namco here I come.