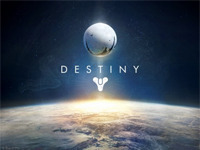 For all of you out there pining for some more news or updates on Destiny from Bungie and Activision, it looks like we are getting just that. In this instance it is in the form of three of the character classes that will be in the game when it finally launches. There is a nice brief description for the Hunter, Titan, and Warlock as well as nice little video to go along with said description. Not that there hasn't been a load of gameplay video for Destiny but here is a bit more geared toward those aforementioned classes.

There has also been a plethora of information on some of the enemies and locations as well if you want to hop on over to the official site but for the most part they are just the descriptions and a few in-game shots. Still pretty cool but not the biggest bulk of the update we are speaking of. Then again, who am I still speaking to as I am sure you have jumped over to the Destiny site or below to the videos attached.

The first Titans built the Wall, and bravely gave their lives to defend it. Now, you stand in the same place, steadfast and sure. Our enemies are deadly and merciless, but so are you. You hail from a line of legendary heroes and your strength and skill will be needed to shatter their ranks.

Warlocks have long studied the Traveler, mastering some of its arcane energies. Its true purpose still remains a great mystery, but discovering truth has always driven you into the unknown. Now, our enemies stand between you and your greatest discovery – the secrets of the Golden Age.

Hunters once prowled the wilderness and wastelands, taking big risks for even bigger rewards. Making your own luck has always meant bending the rules. But you are no outlaw, at least, not anymore, and your unique brand of daring and ingenuity will be needed now more than ever.

Pretty damn cool if I do say so myself. Now we just have to sit and wait for Destiny to finally land on September 9th and for whatever other updates we can get out of E3 here in a little more than a month's time. We'll update as we get the information.