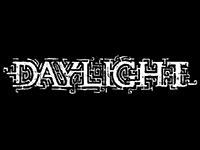 It's been a bit since we heard anything for Daylight and boy do we have some fun and good news. Like for instance that it is now slated to release on the PS4 and Steam on April 29th now. That is really good new to be honest. At least if you have been looking forward to playing Daylight as long as I have. That is just over a year now for those few who have been following along here and any coverage of the game.

I will say that it is a bit surprising that Zombie Studios and Atlus have been able to get to this point when you look at the bigger picture. Daylight is a procedurally generated horror game where the 'scares' and 'jumps' need to be perfect or the whole atmosphere loses something. With over 6 million (if memory serves) different ways that the levels can be built using this structure it had to be a nightmare to actually get this perfected. I was actually thinking that it would be sometime around October this year before we would get a full release.

Here are some new assets for you to gander at to help you decide if you want to pre-order Daylight.

If that wasn't enough to get you to want to throw your cash at Daylight it looks like Atlus has sweetened the deal for those still on the fence.

Daylight is slated to retail at $14.99 USD which is not bad given the replay value that comes with the randomly generated levels. If you pre-order between now and the release date, for the PC version, you can drop that price down to $9.99 USD. If you are holding out for the PS4 version of Daylight and have a PS+ account you can get hooked up with the same deal; $11.99 for those non-PS+ subscribers. Granted, the PS4 version of the deal only lasts for the first two weeks after launch but as I said, for the replay value it should be well worth it.

Does that get you a little more excited for Daylight in a gaming world where we are still being charged full price for a game that doesn't have as many level builds?