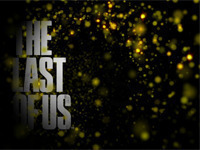 I'll have to mark this down on my "I hope this is true" list as rumors have now cropped up about a PS4 launch of The Last Of Us as soon as this summer. Yep, my personal game of the year as well as one of Sony's top IPs could be hitting the next gen console this summer. The rumors also cover the DLC that has come out for The Last Of Us as well. Exciting news indeed.

All of this seemed to crop up during an interview from a PlayStation employee on a Turkish website. The executive was asked if he knew any information about a sequel to The Last Of Us coming and here is a translation of his response.

Sounds concrete enough but then there is all the other things to look at. Could this just be confusion about PlayStation Now which is also slated for a summer release? At CES The Last Of Us was available to play on the service which will be on the PS4. Granted when I did ask about how DLC and multiplayer would work on PlayStation Now I was met with a load of "We don't know" PR answers. This also wouldn't correct any of the 'physical version' talk that was mentioned as well as PlayStation Now would just be the digital stream on the PSN.

As is usual the companies involved in making The Last Of Us jump to the next gen system are still giving the "no comment" answers, so this will stay a rumor for now. I personally hope it does get the 'upgrade' as I would love to play through The Last Of Us again on my PS4. I am not too sure on what they would be able to upgrade, outside of the load times, but just having the option and reason to play it for a fourth or fifth time would be awesome. Please let this all be true.