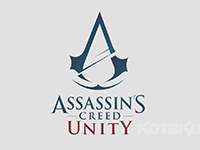 So it looks like we have the next Assassin's Creed title in the way of Assassin's Creed Unity. It looks like some new screens have surfaced on Kotaku from a "credible anonymous source" showing off an early version of the game. I do mean early if these really are "leaked" screen shots as well as the models, textures, and environments look a bit shabby for the PS4, Xbox One, or PC. Well more the Xbox One given the controller scheme that can be seen in the upper corner of the screens.

So there you have it. Assassin's Creed Unity and what we have seen. Now for what we know or at least think we know based on said "credible, anonymous source".

If all is to be assumed and paired up to their real world counter parts it would look like Assassin's Creed Unity is slated to take place during the French Revolution. This is extrapolated off the specific landmarks and style shown in the screen shots and not based on anything directly stated. Quite an interesting choice as I have heard more fans crying out for other eras and locations but I guess the developers need to have fun when they build the games we want to have fun with. We can still hope for a Japanese, Egyptian, or Greek Assassin's Creed in the future I guess.

Another thing of note would have to be the "Parkour Up" and "Parkour Down" controls also shown in these screens. Could this be some kind of new mechanic that will allow you to take the assassin through different courses to get the same location? Kind of like the option to dive over a railing or under a railing in the hopes to loose pursuers or something? I don't know and I don't think we will know until an official announcement of Assassin's Creed Unity sometime soon. That is if these rumors are true and that the game is due out late this year. Time will tell I guess.