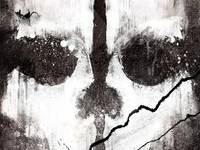 Next month Call Of Duty Ghosts fans have new DLC offering in the form of Devastation. Activision has confirmed a release date of April 3rd for Xbox 360 and Xbox One. The date has not been announced for other platforms yet but it's usually 30 days later. Devastation includes four new multiplayer maps and a new extinction episode.

Check out the official trailer for Devastation below for more details about the maps and the new extinction mode. Will you be picking up Devastation or do you own the season pass? Sound of below in the comments below.