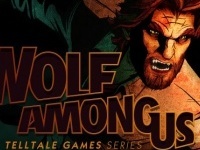 Telltale Games released the first episode of their Fables inspired series, The Wolf Among Us, in mid-October of last year. After a three month wait, on January 14th, Telltale President Kevin Bruner announced on their forums that the next episode is coming, and coming soon. According to Kevin, the next episode should be launching in the first week of February.

Bruner spoke a bit about the delaying saying:

Whatever these complications were, we seem to be back on track and will hopefully see a similar release schedule that The Walking Dead had, with only a two month wait between episodes. Regardless, I am expecting Telltale's usual level of quality from the game and can't wait to see the full story unfold.

What about you? Will you be waiting for the full season of The Wolf Among Us to be released, will you buy each episode individually, or have you already bought a season pass? Let us know in the comments below.