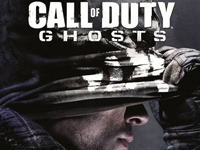 The annual Call Of Duty games are usually pretty solid but Ghosts' multiplayer has some glaring issues that can’t be ignored. Perhaps the biggest issue is the spawning. Ghosts seems to have the worst spawning of any Call Of Duty. The game consistently spawns you in front or right behind of enemy players. I lost count of how many times I re-spawned just to be killed from behind seconds later. The issue is so pronounced that if you watch your kill cam you can often see the YOU symbol just pop up before you are killed. This is inexcusable considering how big some of the maps are. It feels like the maps are the size of a postage stamp because of the spawning.

One of the best improvements was made last year with Black Ops 2's pick ten system. Ghosts builds on this system by adding more perks to further customize your load out. Ghosts has 35 perks divided into different categories such as speed, handling, and stealth. You are allotted eight points to decide which perks you want to use. Each perk has its own point value with most of them ranging from one to three. Just as with Black Ops 2 you can give up your lethal and tactical equipment or you weapons to gain extra perks. You can give up all you equipment and make the ultimate perk load with extra perks.

Another new feature is the Squads Creator. This allows you to create soldiers for use in multiplayer and the new Squads Mode. When creating your solider you can choose from different head combinations, headgear, and armor. When first starting you won’t have much to choose from but as you complete operations (in game challenges) you will start to unlock more of the customization options. It's great to finally be able to change how your character looks instead of being a pre-generated character.

So is the Call Of Duty: Ghosts' multiplayer worth your time? The answer is yes. What you need to ask yourself is did you enjoy the previous entries of the series and if you did there is a good chance you will like this one. If you didn't enjoy anything, don't expect Ghosts to change your mind because beyond the new features this is still the same tried and true COD multiplayer. Compared to last year's Black Ops 2 Infinity Ward played it somewhat safe. It just seemed like they really didn't try anything new like Treyarch did before them with both campaign and multiplayer. But I still enjoyed my time with Call Of Duty: Ghosts multiplayer. If you want to continue your COD experience Ghosts is worth a buy.

Call Of Duty: Ghosts was developed by Infinity Ward and published by Activision for the PS3, PS4, Xbox 360, Xbox One, PC, and WiiU on November 5th, 2013. A copy of the game was purchased by myself for reviewing purposes.