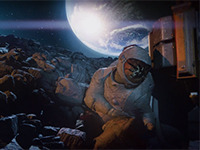 Just as a heads up though, you can only get access to the beta if you pre-order at the following locations.

If you went anywhere else I am guessing you are SOL or need to cancel and pre-order elsewhere. Not that there are all that many other locations that are taking pre-orders, but just as an FYI.

Before I leave you to scramble about to get your pre-order/pre-beta registration on for Destiny I should probably direct your attention lower at the new trailer that is out to help promote the beta. It has a bit of story, a bit of game play, and a few extra details. If anything it looks nice and crisp visually so there is at least something for you to check out no matter your interest in Destiny. Enjoy and have fun waiting to get to play the beta for the game slightly early next year.