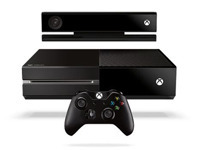 Also a fun little thing to ponder over, if these are all supposed to be Day One titles, doesn't it kind of point the finger at late November launch for the console? Mainly because Watch_Dogs is hitting the streets for every other console on the 19th while the PS4 gets it on the 15th, if that is truly a Day One launch for the PS4 still that is. In any instance, I have a feeling that Microsoft will be aiming to hit the Black Friday crowds to try and rake in as much as possible. That's my prediction at least. I'm sure it will be made official here soon.

Here is that full list to take a look at now.