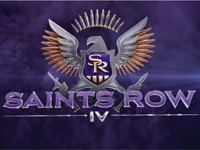 Saints Row IV takes place a little after Saints Row The Third. The leader of The Third Street Saints has been elected president of The United States. After becoming President, the leader and his cabinet are captured by Zinyak and The Zin, an invading alien race. The Zin then imprison the Saints each within their own simulation.

One of the best new features to the Saints franchise are the new superpowers. The superpowers act as a great way to enhance combat. There is nothing better than freezing your enemies and smashing them into million tiny pieces. Each superpower in the game is split into three different variations that can be upgraded by finding data clusters in the world. The superpowers not only improve combat but they also make navigation a blast thanks to the super sprint and super jump abilities. Upgrade these abilities enough and you will unlock the glide and be able traverse the city like Superman or just run through the streets like the Flash barreling over cars in your way. These navigation abilities were my favorite powers in the game. I rarely found myself driving a car unless I had to for a mission. If you are someone who would rather drive in vehicles, the game lets you do that whether it is in missions or free roam; but it’s not nearly as fun. Also, nothing beats making a playlist of my favorite in game songs and then leaping and flying through out Steel-port.

Saints Row IV also excels at just having fun throughout the game. It pokes fun at other games and even finds ways to revisit past events within the Saints Row series in very interesting ways. The opening mission is a knock at the Call Of Duty series and it takes place in a bunker filled with terrorist somewhere in the Middle East. The mission even has a slow motion breach and clear moment. There are plenty of other memorable moments but in the interest of keeping this review spoiler free I won't mention any more. Just know that Saints Row IV is not afraid to "go there."

There was not much that I hated about Saints Row IV and the few problems that I did have with the game did not affect the game play. My biggest disappointment was the city itself. The city of Steelport returns form Saints Row The Third and the only problem is that it remains largely the same. Volition did re-design Steelport a bit to allow for more vertical exploration but unfortunately almost all the changes to Steelport are cosmetic. This is a huge missed opportunity considering that most of the game takes place inside a simulation this would have given Volition the freedom to change the city in creative ways and make some pretty interesting edits.  Players expecting a huge overhaul to the city like what was found between Saints 1 and 2 in Stillwater will be disappointed.

Saints Row IV’s new superpowers were a great way to expand on an already great formula after Saints Row The Third.  Saints Row IV was the most fun that I had in a sandbox game in a while. Despite the setting being similar to The Third, Saints Row IV is well worth playing between the main quest, side quest, collectibles, and clusters to find. I put over 20 hours into the game and still have not found every collectible there is to find. The Saints Row franchise is in good hands with Deep Silver and all I can say is that after the fun that I had I can’t wait for Saints V.

Saints Row IV was developed by Volition and published by Deep Silver on August 20th, 2013 for PS3, Xbox 360, and PC. A copy of the game was provided by the publisher for reviewing purposes.