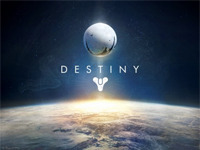 I'll be honest; I am still not overly impressed with the game so far. In fact I don't see why everyone is drooling over it outside of the rabid Bungie fans. Even after getting up close and personal with Destiny, it looks to be like any other RPG first person shooter title that has come out, just with a different world, visual aesthetic, and hopefully overall story.

Yes, those do technically define a new IP, but where is the innovation or truly new ideas? They do have a item drop system that is tailored based on the character types in combat that sounds pretty in depth, but that isn't anything ground breaking or all that new. To me it kind of feels like Bungie didn't want to take too many risks out the gate after moving away from Halo officially and wanted to go the path they knew would garner them the fans they already have; blindly.

Now don't get me wrong, the visuals of the game do look next generation and the lighting effects top notch but I was kind of hoping for something truly mind blowing out of the gate. I think their Halo history has clouded things and pulled the fans out in droves to just throw their money at Destiny. Then again, these opinions are all based on a showcasing that is still about a year before the launch of the game, at the earliest. This could have just been something to show as we all have been waiting to see what these giants in gaming would be bringing for a while now. Time will tell.

In any instance, feel free to take another look at what we were shown for Destiny that brought me to my opinions. The videos below show the entire thing without the technical issues that Bungie had during the Sony showcasing. Unfortunately, I had a personal technical issue with my camera so there is a loss of about 5 seconds, but at least the screen didn't go blank or audio dropped completely off. Take a watch and feel great knowing that you didn't have to stand in line to see Destiny in action.